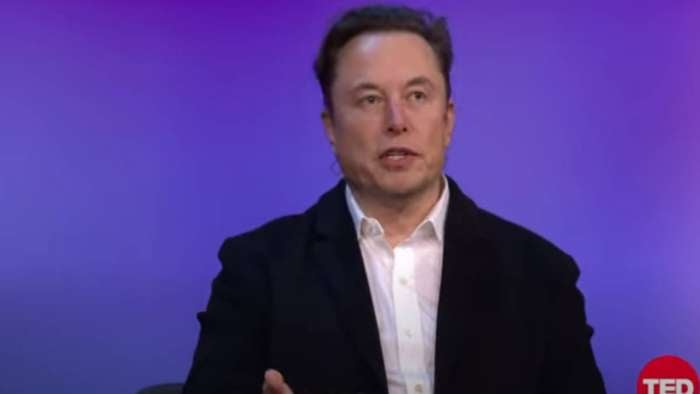 Elon Musk was interviewed at TED2022 recently and talked about a variety of topics. Let's go over the main talking points of what he had to say.
Advertisement

This is a recap from an Elon Musk conversation at TED2022, which spans FSD, Tesla Bot, and other things related to Tesla, Twitter, physics, and more.

Let's start with FSD: Will Tesla solve FSD by 2025? What are some other things that Tesla is trying to do that will take longer than expected?

Elon Musk replied that there are so many "false dawns" - you think you've got a handle on the problem and then NOPE, you've just hit a ceiling. The progress looks like a series of log curves.

In order to solve FSD, you have to solve real world AI (including sophisticated vision). "These may be infamous last words, but I am confident we will solve FSD this year (2022)". Solved means a lower probability of an accident than the average human.

Elon Musk was asked about Tesla Bot and he responded that in order to solve FSD, you need to solve real world AI (meaning the car is a robot on wheels).

You can then generalize that to a robot on legs. What is currently missing? Enough intelligence for the robot to navigate the real world and do useful things without being explicitly instructed and scaling up manufacturing.

Elon said people have no idea. This is going to be bigger than the car. Tesla Bots could even be romantic partners one day and Elon considers this inevitable. He also sees the cost as being less than a car.

Elon said it is very important for there to be an area for free speech. Twitter has become the defector town square. Elon thinks it's really important that people have both the reality and the perception that they're able to speak freely within the bounds of the law.

Elon also said he wants to make the algorithm for Twitter open source, so people can see everything (for example, if a Tweet has been demoted or promoted, that action should be made apparent so anyone can see that action has been taken - so there's no behind the scene manipulation either through an algorithm or manually).

Elon says his strong intuitive sense is that having a public platform that is maximally trusted and broadly inclusive is extremely important to the future of civilization - and he doesn't care about the economics at all.

About the Truth and Physics

The truth matters to Elon Musk, a lot. It matters pathologically and he is obsessed with truth.

Elon studied physics because physics attempts to understand the truth of the universe. Physics is just: what are the provable truths of the universe? And do these truths have predictive power? The WHY of things is important.

Elon Musk is also on the Autism/Asperger's spectrum - as am I. It took him a while to understand things that most people intuitively understand. He found it rewarding to spend all night programming a computer by himself - and most people probably wouldn't find that fun.

Elon also said that he's not always right on timelines and that he is a mixed bag.

What do you think about this interview with Elon Musk? Is there anything else he should have talked about?