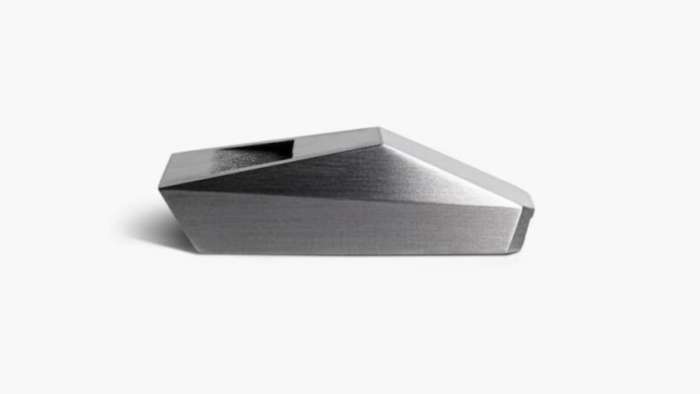 The Tesla Cyberwhistle has been released per Elon Musk's Twitter profile. It's a stainless steel whistle that you can blow just like a regular whistle. It retails for $50 on Tesla's online shop and all orders are final. And it's already out of stock!
Advertisement

Tesla has released the Cyberwhistle, a $50 whistle made out of stainless steel that you can blow like a regular whistle. Why is Tesla releasing this now? I think it means something important and isn't just a fun little gift without any meaning.

Blow the whistle on Tesla!https://t.co/c86hLA0iQK

Tesla Cybertruck Off to the Races

The blowing of a whistle is a way to start off a race. It's also a way to signal to someone that they are in trouble or have committed some kind of a foul.

I think the most likely situation for what is happening right now is that this is for Tesla being off to the races meaning the Tesla Cybertruck will be starting sooner than we think. That's why there is a whistle shaped like a Cybertruck.

The Cyberwhistle is going to cell for $50 dollars. There are reports of people buying multiples of them and selling them on Ebay for almost $400.

Elon Musk on Next Earnings Call

Elon Musk has said he is going to get on the next earnings call (for Q4, 2021) to discuss the product roadmap and to share some important announcements. Elon wouldn't be doing this unless there was some major change happening.

Since we already know that the Model Y is going to be produced at Giga Berlin and Giga Texas, I think this means that we'll see the Cybertruck begin production much sooner than late 2022.

Could Tesla have been sandbagging in order to make it look like they were going to have to catch up to Rivian and other electric car makers? It's possible. Elon Musk is an expert in timing and leaving clues to his supporters to know what is going to happen.

I think Elon Musk is going to have something to say about the Cybertruck on the next earnings call. And he's going to say that it's going to start its production ramp in Q1 of 2022 instead of Q3 of 2022, and this will be the biggest news of the year for Tesla.

What are your thoughts on the Cyberwhistle? Did you order one? How much are they going to sell for on Ebay?