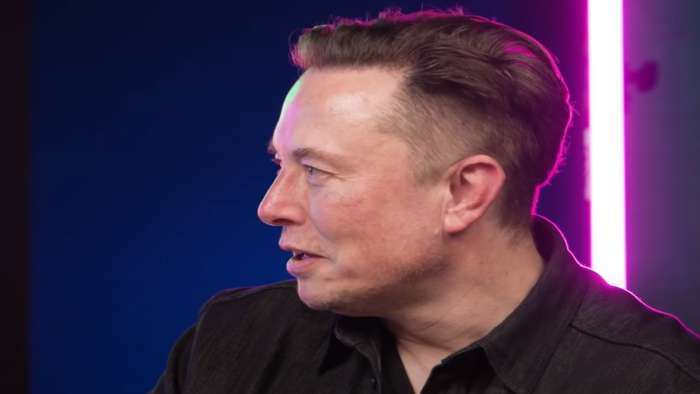 Elon Musk just sent out a Tweet that Consumer Reports, an organization that does reviews on various products and services, has destroyed their credibility, which was built over decades, over the last few years. Let's see why this matters.
Advertisement

With Elon's latest Tweet (seen below), he calls into question the credibility of Consumer Reports, which has been trusted by people to have accurate and reliable reviews of products and services.

I believe Elon is calling into question they way Consumer Reports is reviewing Tesla and if they are being honest and accurate in the way they are reviewing Tesla. Let's take a look at the incident that I believe caused Elon to Tweet this.

Even if something was obscuring the vehicle's cabin camera, Autopilot remained active and did not prohibit the driver from using the system

The testing took place after Tesla released the latest software updates to Autopilot users in May 2021. The software notes noted, "The cabin camera above your rear view mirror can now detect and alert driver inattentiveness while Autopilot is engaged".

After pretending Tesla’s cabin camera update didn’t exist for seven months, @ConsumerReports decided to check out an out of date version of the software.

Drivers can’t use their phone or even look the wrong way too long. They can’t cover the camera, either before or during use. pic.twitter.com/GwaJloyYOj

From what I can tell, it appears Consumer Reports is cherry picking its own information that it wants to use from a version of Tesla's software that is very out dated. It's like saying Tesla's software from a year ago is actually what is being used today and that just isn't true.

If you further read the Twitter thread and comments, you will note the following:

"While it’s true that earlier versions of the software were less strict, it did not stand still. It is already too strict with false positives not as rare as they should be. The idea that it needs to be more strict is dangerous. Too strict and people go to manual driving.

Furthermore it will continue to get better. It will detect sleeping drivers, people having a heart attack / medical emergency, and everything else you’d want to handle Tesla has now deployed more cars with driver attention monitoring than anyone. They’re leading on this."

Consumer Reports is reporting on an older version of Tesla's software and technology. They are either not aware that Tesla is updating their software all the time, or they have an agenda. I'll leave it for you to decide.

For Consumer Reports to gain my trust in reviewing Tesla, they must report on the latest version of Tesla's software and be able to state what version of the software is being used in writing. They must then also report accurately and exactly on what is going on with Tesla. There are areas of FSD that need intervention and if Consumer Reports said that, I would believe them. But they'd also have to say that it requires no intervention if that is what is happening, without only including times intervention was required.

In a few short years, Consumer Reports management has destroyed the credibility & integrity built up over decades

Dennis Johansen wrote on December 24, 2021 - 3:29pm Permalink
This is not the first time CR has gotten in trouble with their readers regarding a less than thorough report on a product. Many years ago when CR was the “go to” authority regarding cameras and optics, the company recommended a camera model from a manufacturer that everyone in the industry knew was nearly bankrupt, and would actually declare bankruptcy within thee months of a “Best Buy” rating on their flagship model. As a prominent camera retailer at the time, we sold all makes and models. The highly rated model promoted by CR had an out-of box failure rate greater than 80%. This was at a time when most manufacturers had a failure rate of less than 2%. Clearly something was greatly amiss with CR testing but they chose not to address the subject rather than admit deep seated problems inside their labs.
tangible wrote on December 24, 2021 - 4:36pm Permalink
Consumer Reports lost credibility in the last two years by going partizan. They recognized the business opportunity inherent in an industry shift to electrified transport. But the hiring of car-industry insiders to run CR was a red line, and the results cannot be disputed. There's clear and present bias. The rest of products reviewed by CR seem credible and I continue to utilize them. But for auto reviews? Joke
Elons daddy wrote on December 24, 2021 - 5:04pm Permalink
So first Musk says boo hoo. They don't like my car. Then someone else with a financial stake in the company says no fair.