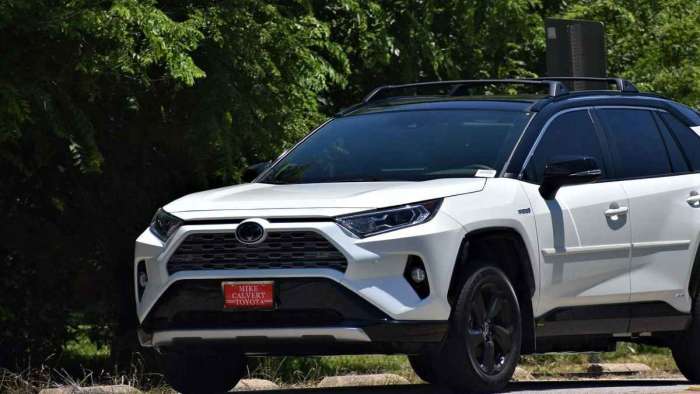 Thinking about buying the latest 2022 Rav4 fresh off of the assembly line? Here’s a Toyota Mechanic’s take from this review of what you need to know about it before buying one and why you should always choose the midyear version of a model if you want the best of the best in a particular model.
Advertisement

The Rav4 with the A25A Dynamic Force 2.5L 4-cyliner Engine

Earlier we had learned about how Toyota has invested a lot into a Dynamic Force Engine strategy that is based on building cars with improved thermal efficiency. Thermal efficiency is the amount of energy produced when a combustion engine burns fuel in relation to the amount of that energy that is converted into mechanical energy.

The need for this design is due to that the internal combustion engine (ICE) has always been---from a thermodynamic view---very inefficient as a car engine. Most gasoline engines have efficiencies of roughly 25-33%. In comparison, the Toyota A25A Dynamic Force engine is reputed to have a thermal efficiency of 41%---a significant improvement that translates into better gas mileage.

Related article: Consumer Reports Analysts Select These Models as The Most Fuel-Efficient Cars to Buy Today

Today we will discover the latest review by The Car Care Nut YouTube channel host of the A25A Dynamic Force 2.5L 4-cyliner Engine that begins with a discussion of the differences between the Hybrid (the A25A-FXS variant) and the non-Hybrid (the A25A-FKS variant) models. The significance of this part of the review is that it explains some important differences that illustrates just what makes the A25A Dynamic Force 2.5L 4-cyliner engine so novel and desirable in a Toyota today.

In the “Common Problems” section of the video you will find out about:

• Car doors that trap rainwater
• Stuck coolant valve that raises an ambiguous warning message on the dash
• Moisture trapping oil system warning
• How often you really should change the oil on this model
• Why the exterior design is more about function than aesthetics
• Is it an off-road model?
• Does it still shake?
• How first impressions of the interior can be deceiving
• Is the rearview mirror-turned-camera option useless?
• The host’s final verdict of the updated 2022 RAV4 and whether it has really changed. Plus, how to make it last as long as possible after you buy one that is atypical of most Toyota models.

As the host is fond of saying "Without further ado…” here is the video in its entirety that is certainly well worth watching if you are in the market for buying a RAV4.

Should You Buy the Updated Toyota RAV4? Full Review and Common Problems Update

For additional articles related to the RAV4, here is an informative one about “Toyota Rav4 Maintenance on the Cheap” you should find helpful as a RAV4 owner.

COMING UP NEXT: The Truth About Turbo Engine Reliability from This Car Shopping Expert