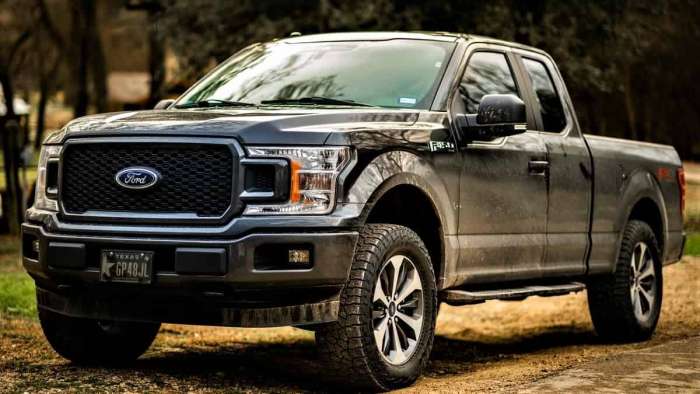 Watch how this Ford engine repair specialist rescues an F-150 Triton engine from this #1 engine killing flaw after a dealership fail from servicing.
Advertisement

In earlier articles on Ford engines, we learned about transmissions that self-destruct as well as a fatal flaw involving the 3-valve version of the popular 5.4 Liter V8 engine that came with the warning “…if you own a Ford that has only a few to several thousand miles on it and notice hearing a ticking/tapping sound, you need to seek immediate help from your dealer service center to have this common problem investigated.”

According to a qualified Ford mechanic host on the You Tube channel FordTechMakuloco, this simple flaw is costing Ford owners thousands in repairs when not addressed promptly. In fact, roller follower failures are very common on Ford’s 4.6 and 5.4L three-valve engines.

In today’s article, we return with the same mechanic who today has a 2010 Ford F-150 with a 5.4L 3-valve engine in his shop. Previously, the truck was at a dealership with a ticking noise complaint and need for some timing repairs and related services. Oddly enough, however, the truck was returned to its owner without the ticking noise complaint being resolved---despite several thousand dollars of service.

The ticking noise is a sign of a valve lash problem that is associated with a roller follower that is loose or seized from wear or defect. A consequence of this is that it will damage its respective camshaft lobe and will require a new camshaft.

In the video you will learn:

How on Earth Did the Ford Dealership Miss This?

For additional engine-related articles, here are two selected pieces titled “Consumer Reports Analysts Reveal the Used Cars Most Likely to Need an Engine Rebuild and What to Buy Instead” and “Ford Mechanic Catches Engine Rebuild Scam.”

COMING UP NEXT: Toyota Hybrid Owner Experience with an Aftermarket Hybrid Battery