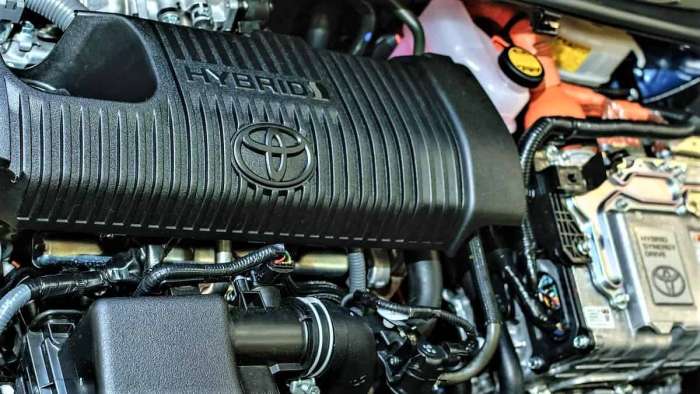 Someday you will have a check engine light or similar dash panel warning indicating that your hybrid vehicle’s battery is dead or dying. Here’s one hybrid car owner’s story about what happened when he decided on a significantly less expensive aftermarket hybrid battery replacement.
Advertisement

The Curse of EVs…Including Hybrids

One of the arguments against owning an EV is the curse of having to pay so much money should your EV or Hybrid battery go dead. For example, we learned earlier that the cost of a replacement battery in a Tesla can run $17,000 and up, motivating some Tesla owners to find cheaper alternative solutions to the problem.

Related article: An Important Tool all Tesla Owners Should Carry to Revive a Dead Tesla

Fortunately, Hybrid vehicle batteries are not quite that expensive. But what if you’ve bought a used Hybrid vehicle and after a while wind up needing to buy a new battery too? According to a recent Toyota Maintenance YouTube channel episode, the host, Peter, introduced one such used Toyota Hybrid owner who was quoted about $6,000 for an OEM replacement by the dealership. For a used car buyer that can be a difficult pill to swallow.

Related article: The Most Common Maintenance Issues of Electric Vehicles

As an alternative to an OEM battery, the Hybrid owner decided to try an aftermarket battery for roughly one-third to half the cost of an OEM. Was this a good move on his part? Watch the video to find out what he discovered and decide for yourself if this is a viable option should it happen to you.

Related article: Easy Solution to a Common Toyota Hybrid Engine Problem That is Also a Scam

While the aftermarket battery appears to have worked the second time around for the Hybrid Camry owner, be sure to take the time to read the comments below the video to see what other Hybrid owners have to say who have a different experience or take on going non-OEM with aftermarket hybrid batteries and Dorman products.

Related article: What You Need to Know Before Buying a Toyota or Lexus Hybrid This Year

For more about the topic, here is an informative article about a Toyota Maintenance Non-OEM Parts Warning, plus an "Amazon Sells Counterfeit Honda Parts Warning."

COMING UP NEXT: Never Say This to a Mechanic