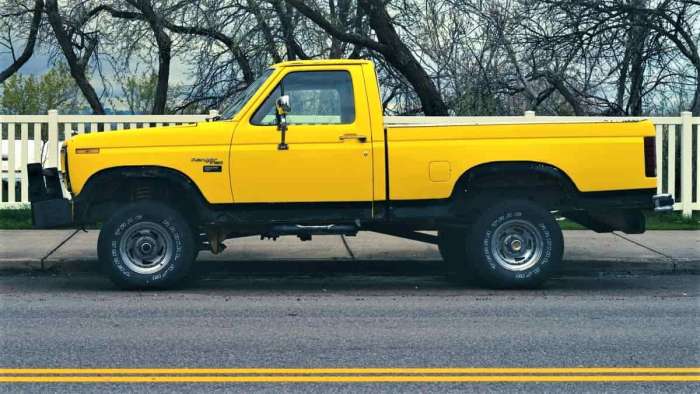 Here’s the latest from Consumer Reports on the most reliable used trucks you should consider ranging from 2014 to 2020 that proved to be exceptional when it came to reliability and repairs.
Advertisement

There’s no doubt that trucks are popular. Back in the day, most truck owners you saw were those who definitely had a need for a utilitarian work vehicle that could carry heavy loads via a strong suspension system, had great torque for pulling heavy loads, and was more than durable enough to handle rough road conditions. But today it’s a somewhat different story.

Today you will find a good many suburban settings with trucks of all makes and models in neighborhoods where the biggest job any of the vehicles might experience is hauling a few bags of mulch for spring landscaping and occasionally helping a friend move furniture.

I know this because I was one of those guys years ago---however, I did have a home repair business at the time necessitating hauling tools and ladders. But I was a suburbanite and had to fend off neighbors who thought I would haul a ton of gravel or a mountain of mulch for them just to save them a few bucks. Risk scratching the bed of my beloved pickup?! What were they thinking?

Reflecting on trucks, I suppose for many of us this attraction ties back to when we were rug rats pushing toy trucks around on the floor. And when I returned to the U.S. there was no doubt in my mind that I wanted an old truck and bought one. Perhaps this offers some explanation why trucks are so popular today regardless of where you live and what you do for a living.

Time to get off memory lane and get on track for today’s article, which is a new listing from the automotive analysts at Consumer Reports on their latest recommended selection of used trucks for those of us who want a truck regardless of our needs and psychology.

This is a good follow-up to an earlier article where CR analysts listed their New Listing of This Year’s Trucks Buyers Liked and Disliked After Buying as well as a popular one that prefaced it about Chevy Trucks to Buy and Not Buy Explained by a Chevrolet Mechanic; and one from late last year titled “Why You Should Look at a Used Silverado Before Considering Buying a New Model.”

Today’s used truck recommendations range from 2014 to 2020 of which CR analysts admit do not include some of the more popular models you might expect. The reason for this is that “…despite their popularity, the lumbering darlings of American automakers’ bottom line haven’t proved to be the most reliable options among used vehicles.”

As such, their focus is to provide a new guide to help you find the pickup trucks that are the most reliable and least likely to bog your budget down with expensive repairs.

“The vehicles listed below, in alphabetical order, performed well in CR road tests when they were new and they’ve had above-average reliability, according to our surveys of CR members. One caveat with used vehicles is that there can be examples that haven’t held up well because of the odd bad apple or a neglectful owner who didn’t keep up with the required maintenance.”

This is so true, and a valid response to multiple comments in this article from vehicle owners who argued that they did not agree with a how one popular mechanic rated a range of engines that in his opinion were best avoided. To each his or her own---we’ve all had differing experiences. And you can never really know what a previous owner did to a vehicle.

Which leaves us with this last bit of advice from CR analysts about their listing: “Make sure to have the one you’re considering thoroughly inspected by a certified mechanic before you sign on the dotted line.”

That said, here is a summary of their recommendations toward buying a used truck:

For additional articles about buying used vehicles, here are some apt warnings on what to look out for:

COMING UP NEXT: The Gory Truth About Seat Belts from Consumer Reports and a Paramedic