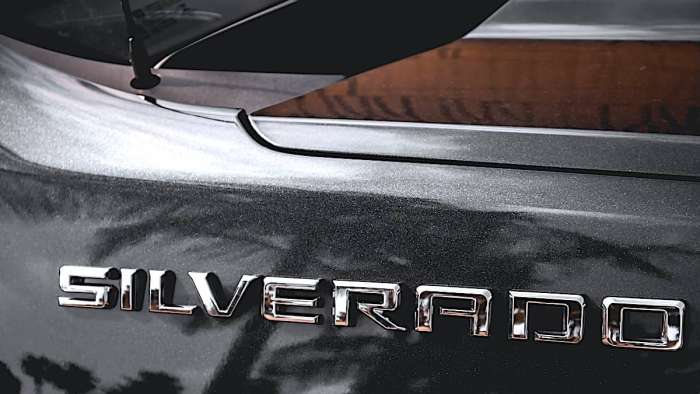 Here’s a recent informative review of a used Chevy Silverado by a respected non-GM fan who points out why it makes good sense to buy an older, used Silverado rather than one of the newer models.
Advertisement

Looking to buy a heavy duty truck advertised as the “Heartbeat of America” that is known for its toughness and qualifies as an American-made vehicle? According to a recent review by YouTube channel Scotty Kilmer---who is well-known for his fact-based, no-nonsense approach to letting viewers know what they need to know about their vehicles---you should seriously consider looking for an older model Chevy Silverado before investing big bucks into newer models.

First off, yes, the Silverado qualifies as an American-made vehicle. According to JD Power, Chevrolet is one of several brands owned by General Motors Corporation and is assembled in Flint, Michigan, Fort Wayne, Indiana, Springfield, Ohio, and Silao, Mexico.

However, the parts assembled are sourced globally, that includes not only 38 US companies and GMC-owned facilities, but also involves sourced parts from five Mexican companies, four Japanese companies, three companies each in Canada and Brazil, two each in South Korea and France, and individual partners in Argentina, Colombia, Ecuador, Egypt, Hungary, India, and Thailand.

Flint, Michigan is where the majority of the parts are produced that includes most of the manufacturing of frames and engine blocks; whereras, the foreign-made parts sourced consist mostly of the electronics and some interior pieces.

JD Powers states that, “In order to be considered ‘Made in the USA,’ at least 50 percent of a vehicle must be produced in the US and Canada. All Chevy trucks fit these criteria, with 62% of Silverado parts and 71% of Colorado parts made in the US or Canada.”

The Silverado in Review

Earlier this spring we learned from Torque News writer Mary Conway that the chip shortage has reached a critical stage with GM leading to a cancelling of weekend overtime shifts of the Flint Assembly plant that is responsible for assembling the popular heavy duty Silverado.

The Kelley Blue Book lists the base model of the Heavy Duty 2021 Chevrolet Silverado (with regular cab) as having a Manufacturer’s Suggested Retail Price (MSRP) starting at $34,700.

However, with the aforementioned chip shortages affecting production, the supply and demand price gouging factors from dealers, plus upgrades to the base model, buyers can expect seriously inflated prices when shopping for a new model.

But do customers wanting to own a Silverado really need to pay so much? Not necessarily—if they are willing to consider a used Silverado and fortunate enough to find one for a reasonable price and in good condition. In fact, here's how to assess a used car's true value.

That said, here is recent YouTube review of a 1996 Silverado 2500 that Scotty Kilmer describes how well-built this model is after 109,000 miles of use, that could be a great alternative over newer models by investing only a few thousand dollars of expected future repairs to keep the 1996 model going for another 100,000 miles.

Be sure to stay-tuned for more news about used car deals and what experts are saying about used cars as a good alternative to buying new.

For more about car maintenance, care and repair take a look at some of these helpful articles on how to find hidden problems in a used car before buying it; and, what used models you should avoid.

COMING UP NEXT: EV car maintenance you need to know about.

Photo by Laurenz Heymann on Unsplash

Tabitha Harwood wrote on September 15, 2021 - 5:36pm Permalink
Don’t buy a new 2021 Chevy trail boss with 11,673 miles on it, driving to work in the rain. Engine died, called Chevy line got towed to dealership. After 3 1/2 weeks they finally return my call and say the truck has the mechanics all “bumfuzzeled, we aren’t sure what’s wrong we think it’s electrical issue” However they still can’t get me a rental! Finally another week goes by they call and say it’s a water damage issue for me to call my car insurance company that it’s flood damage issue not covered by them. It’s never been in a flood never off roading never in a creek. It’s been babied it’s brand new. It’s only driven on a gravel driveway and pavement, neither ever flooded! I need a lawyer!
Timothy Boyer wrote on September 16, 2021 - 9:42am Permalink
So sorry to hear about your car problems. Sounds like you need to find a trusted independent mechanic to assess your vehicle's problems. I would recommend starting there before going any further. I am not clear if what you are saying is a new car or a "relatively new" used car. If you are its second owner, it could have been in a flood, damaged, and then flipped for resale. Would also recommend going to CarFax online and enter your VIN number and see if the report has any past history info on your vehicle. Good luck!