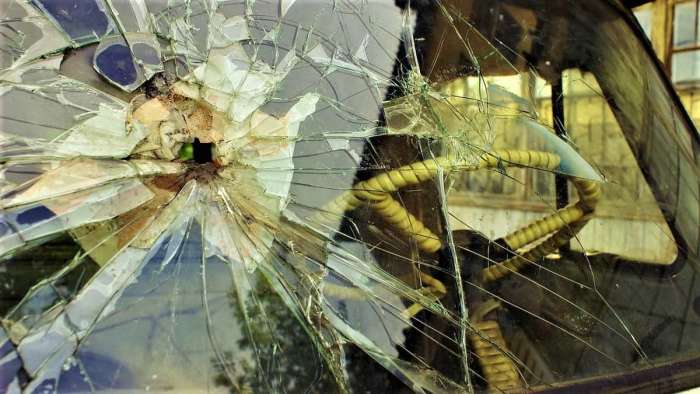 Here is a reminder about why the “Click It or Ticket” law is one of the most sensible ones on the roads. Plus, a related warning about buying a vintage car and safety.
Advertisement

The Click It or Ticket laws in the U.S. are arguably as equally polarizing as our politics. And is probably the reason why some states today are still seeking to overturn the law---because it gets votes. And this is despite the facts of what the law has done to save lives.

According to a recent Consumer Reports article about car safety and seat belts, the importance of reminding car owners about the seat belt law is that:

• It is your first line of defense in an auto accident.

• Today approximately 10% of front seat passengers still do not put on their seat belts.

• Statistics from 2019 data shows that 47% of passenger vehicle occupants killed in 2019 were those who were not wearing seat belts.

• People who don’t wear seat belts are 30 times more likely to be thrown out of a vehicle during a crash.

• Over 75% of people who are ejected do not survive.

Here’s a video from the NHTSA that touches on this point:

Point of View from Experience

For four years I worked as an EMT and as a paramedic in both city and rural areas. By far the number of emergency calls received were vehicle accident related. Thankfully, the majority were relatively minor fender benders where the parties needed evaluating on the spot and then transported when recommended or requested to a local ER.

However, there were more than I care to remember that went way beyond a neck brace and strapping to a spinal board. And the majority of those were the ones where drivers and passengers did not wear a seat belt.

The gory truth is not so much death---in my experience that’s the easy part for most patients to deal with. What is the harder part is the aftermath of survivable broken spines and necks, that are abruptly and forever life changing. That, and the disfigurement.

Most videos show a body launched through a windshield looking clean enough for an open casket service, but I have yet to see a video where the head goes through only partially and thereby peeling the scalp and some of the face off.

In real life I have seen this and it is not a pretty picture, or reflection in the mirror after the healing is done when the passenger or driver survives.

Another gory truth is not all ejections are complete or through the windshield. In fact, many times the ejection is from the driver or passenger door window and even then, it’s only partial leaving a crushed head during a rollover in its wake. Those are the ones my memory cannot shake.

One especial warning that car buyers of vintage vehicles need to know is that often the glass is vintage as well and does not meet current safety standards. In other words, your head impacting that glass could look like something out of a horror movie.

I know that some people will argue against using non-vintage glass---or any parts for that matter--- in a vehicle restoration; however, when it comes to safety and the “what could happens” in life, you have to use common sense when factoring in how the vehicle is going to be used---is it a showpiece or will it be on the road.

A related potentially worst-case possibility of a vintage restoration I ever saw was someone repurposing a large mirror by chemically removing the silver backing and then fitting it into an early model Ford. Just imagine what would happen if a vehicle passing your slow ride threw a pebble into that windshield sending shards of glass into your face.

The point here is that before buying a restored vehicle, be sure to find out what glass was used and determine its level of safety by researching the make and model and decide whether it is worth the risk to you and your passengers.

The same thing goes for seat belts (and lack of) in vintage cars.

A few points about seat belts and vintage cars should be made:

• Seat belts do get old and do need replacing in vintage cars.

• Seat belts can be installed in vintage cars that did not originally have seat belts.

• In some restorations you will find that restoration was limited to only cleaning the belts and not assessed for safety. Furthermore, some cleaning agents used to make the belts “look like new” risk weakening the belt material.

• Seat belts are not really a DIY project. Seek assistance from a reputable business that knows exactly where your seat belt hardware should be anchored.

This was not intended to be a scare piece, but just one person’s view experienced with cars and accidents and why I support “Click It or Ticket” road laws and why this was a good reminder from the people of Consumer Reports.

We Would Like to Hear from You: If you have a seat belt related experience to share or have a differing view of seat belt laws, we would like to hear about it in the comments section below.

For more about vehicle safety, here are some selected related articles:

• Driver Assist Safety Can Be Fooled Not Just in Tesla, But in Ford Vehicles and Many Others Too

bob E wrote on March 31, 2022 - 4:06pm Permalink
It is all about freedom. When I wear a seat belt, I have trouble breathing because it restricts my chest. (I particularly hate it when I reach forward with enthusiasm to crank up the volume on some song that Ted Nugent is singing, only to be snapped back by an overly restrictive seat belt.) Further, seat belts give you a false sense of security. Let's face it. God has a plan for everyone, and if it is your day to be Tesla'd, that little seat belt won't prevent God from calling you to the pearly gates. And for those of you that have seat belts, how many of you have a handy seat belt cutter that can be used in the event that your seat belt connector becomes jammed. (The better ones can be used to smash out the glass in your vintage auto.) God helps those who help themselves. Be prepared for all events! Finally, there is nothing in the US Constitution about seat belts. Any laws pertaining to them are *clearly* unconstitutional and need to be revoked immediately. Please help elect TFG to president for a third time in 2024 to help eliminate these Draconian laws! PS: If it isn't obvious, all of the above was tongue in cheek; it wasn't intended to be political at all.
jg wrote on March 31, 2022 - 9:56pm Permalink
I’m glad you included, “I have yet to see a video where the head goes through only partially and thereby peeling the scalp and some of the face off.” That is exactly where my mind went when I saw the title. I was a Navy Search & Rescue Swimmer, an Army Combat Lifesaver, and an Army MEDEVAC Pilot, and throughout all that training and experience have seen some truly extraordinary and gruesome things that a good portion of could have easily been prevented. The one thing that pisses me off more than anything else is seeing someone driving down the street attempting to juggle their coffee while putting on their seat belt. Aside from just being stupid, this detracts from your focus outside where those kids are running around, and when it snaps out of your hand and you jump to catch it you could very well dart toward a parked vehicle or person walking their dog. FASTENING SEAT BELTS FOR ALL OCCUPANTS IS A PRE-DRIVE ACTIVITY. One additional note about seat belts in cars with air bags; not having a seat belt on likely makes driving around more dangerous than you think. The air bag can even kill you. You might be slouching or out of the seat because someone hit you and not in the correct location for the air bags to help save you so they may just forcefully twist your body in a manner it won’t recover from. Never start a car, even just to move it an inch, without first putting on the seat belt. If the car is powered, it can kill you and/or those around you.
Timothy Boyer wrote on April 1, 2022 - 8:46am Permalink
All good and valid points. Thanks!
rjparker wrote on March 31, 2022 - 10:03pm Permalink
This article is exactly right and should be shared widely. Yes, we know some won't wear seatbelts or like to drink and drive. Many of those become a burden to society when they can no longer work or require lifetime medical care.
Timothy Boyer wrote on April 1, 2022 - 8:48am Permalink
It is really hard on families too. The financial burden can easily wipe out your savings. Thank you for responding.
Namar Hodge wrote on March 31, 2022 - 10:09pm Permalink
The Tennessee Highway police has very powerful live model demonstration that should be shown at every high school, to every person who test for licensing, and major public events. I saw it at Willson County Fair. The demonstration will leave a great impression in your mind. The seat belt does not guarantee to save your life because of the searisness of your perdicumen in an accident. However I have personally sxperanced several times the seat belt responsible for allowing me to maintain control, or recover from a very near miss. I am very much a believer in the use of the seat belt.
Timothy Boyer wrote on April 1, 2022 - 8:50am Permalink
I know what you mean about maintaining control. Especially when riding in an old truck with bench style seats--pretty easy to slide off center just making a sharp turn or going around a corner. Thank you for the contribution.