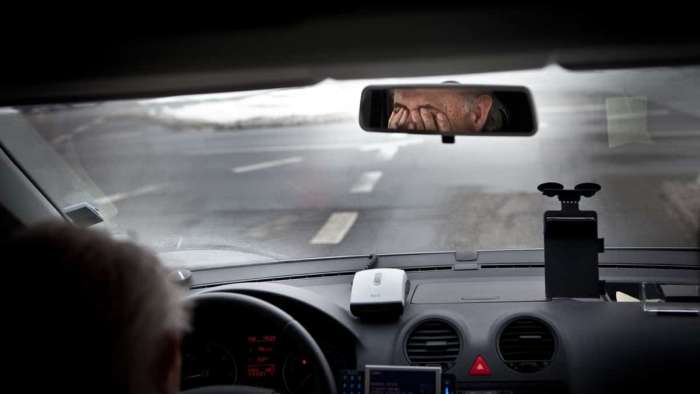 Is owning the safest vehicle possible high on your new car shopping list? Here’s the latest on what important safety feature makes winners and losers of 5 popular auto makes. Plus, learn how CR analysts are modifying their car inspection ratings.
Advertisement

It’s All About Safety

Car safety takes a front seat to the latest new safety feature that returns drivers to the most fundamental of all driving admonitions since earning our first driver’s license---keep your eyes on the road.

Unfortunately, however, we are a society of driving distractions. Whether it be phone calls, texting, Google mapping to a destination, fiddling with the controls, or just plain boredom or driving tired and falling asleep behind the wheel, there’s no arguing that your undivided attention and awareness of your surroundings is the best safety feature a car owner can have.

Fortunately, however, some automakers are creating tech that should make the roads safer by ensuring that we are keeping our eyes on the road…and it’s here today. But how good is it really? That’s the question Consumer Reports automotive experts recently addressed by evaluating whether driver monitoring systems available today do a good job of encouraging safer driving.

Driver monitoring systems are relatively new car safety features using computers and onboard cameras designed to monitor whether a driver has his or her eyes forward on the road while the vehicle automates some steering, braking, and acceleration functions.

The use of infrared cameras that can track head or eye movements enables the system to determine if a driver’s eyes are not facing forward. When thusly determined, the system will sound an alert and potentially restrict the use of automation requiring the drivers to assume total control of the vehicle rather than risk being lulled into a false sense of confidence that “the car knows what it’s doing” hype of FSD tech that is a current safety issue with some auto makers.

In other words, rather than rely on “hands-on-the-wheel” safety measures in cars, engineers are taking it a step further by actively disengaging a driver from active driving assistance features if the safety system camera cannot see the driver’s face.

According to a recent Consumer Reports news piece about driving monitoring systems, on February 17 when they announce their 2022 autos Top Picks, car buyers will note that the ratings system has been modified by CR analysts with adding, “…2 points to a vehicle’s Overall Score if it features a system that encourages safe driving as part of the model’s active driving assistance package.”

“We believe it’s time to recognize vehicles that have found a safer way to deploy this technology,” stated Jake Fisher, senior director of CR’s Auto Test Center in the CR news piece.

In fact, this change in the rating system will become a bigger issue when car makers are dinged by not complying with the move toward encouraging safer driving by both car owners and their vehicle, as pointed out in the article:

Starting with the 2024 model year, vehicles that have active driving assistance but lack adequate driver monitoring will lose 2 points from the Overall Score, increasing to 4 points for the 2026 models.

According to CR analysts:

“…so far only a handful of automakers—including BMW, Ford, GM, Tesla, and Subaru—have added driver monitoring systems to some of their vehicles, although more are on the way. All five of these automakers claim that their systems will detect and prevent driver inattention. But CR’s independent tests uncovered some serious flaws and found that some of these systems don’t do enough to encourage safe driving.”

So, of the 5---who are the current winners and losers? CR analysts determined that only vehicles fitted with GM’s Super Cruise and Ford’s BlueCruise performed well enough in their evaluations to qualify for the additional points modification to their car rating systems. This is basically based on, “…only GM and Ford prevented a driver from using active driving assistance if they stopped looking at the road” as their defining measure.

Here’s a summary of how each system performed in their evaluations:

• BMW states that its system is designed this way to reinforce that completely hands-free driving is not available at speeds above 40 mph.

Ford BlueCruise
• The driver monitoring system will not operate with the camera covered and will warn the driver with audio and visual alerts if the driver closed their eyes or looked away from the road for about 5 seconds.

• Lack of driver response to a warning will cause the vehicle to briefly hit its brakes to “jolt” the driver into alertness, and eventually slow to a stop.

• Lack of driver response to a warning will cause the vehicle to slow down the car on its own, eventually bringing it to a stop. The system won’t operate if the camera is covered.

Subaru EyeSight and DriverFocus
• Subaru’s DriverFocus/EyeSight active driving assistance feature can detect driver distraction under some scenarios, but it can be turned off via the menu.

Related article: Driver Assist Safety Can Be Fooled Not Just in Tesla, But in Ford Vehicles and Many Others Too

For additional articles about assisted driving systems, here are 2 selected informative articles to check out:

COMING UP NEXT: The Sealed Transmission White Lie