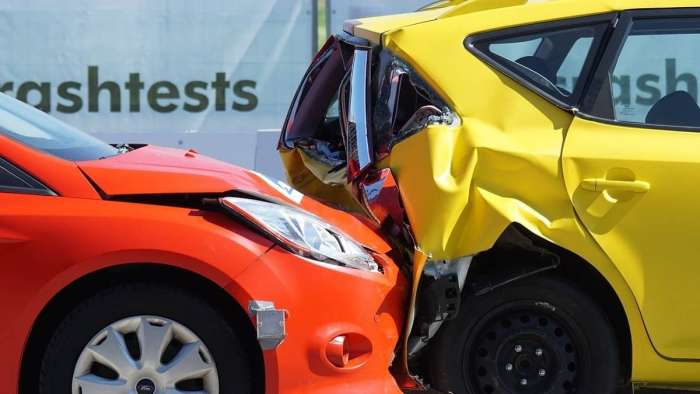 Here’s the latest bit from Consumer Reports that notes which models of cars rated the best and the worst with consumers using a Lane Keeping Assist System.
Advertisement

As we learned in an earlier article, Consumer Reports released an updated listing of new car models with Active Driver Assist System features that are designed to help drivers avoid accidents and stay on the road.

Chief among those designed to help avoid front- and rear-end collision accidents is Adaptive Cruise Control that utilizes lasers, radar, cameras, or a combination of all of three---in a sensor system to assist the driver in detecting slower-moving traffic ahead and respond appropriately by braking or accelerating as needed to maintain a set distance between them and the vehicle ahead.

Another type of Active Driver Assist is that of Lane Keeping systems designed to help the driver stay on the road when fatigued and unintentionally begins to drift from one lane to another. Of the Lane Keeping systems there are two sub-types: intermittent and sustained.

Because of confusion about how intermittent and sustained Lane Keeping systems work, Consumer Reports analysts recently followed up with an article to help consumers decide which of the two sub-types may be a better choice toward suiting a car owner’s driving needs.

Essentially, the two sub-types are differentiated by CR analysts as follows:

Intermittent lane keeping “...intervenes when the vehicle approaches or crosses a lane marker or road edge. This is often described as a safety feature. The system may be available only above a certain speed, making it hard to know when this feature is available. CR data shows that owners tend not to like these intermittent systems, partly due to unwanted intervention. Due to the unclear descriptions by the manufacturers, many drivers expect these systems to follow the lane rather than intervening only when straying out of the lane. Used this way, drivers report dissatisfaction with a system that seems to bounce back and forth in the lane like a ping-pong ball.”

Sustained lane keeping “...continuously assists to keep the car at or near the center of the lane. These systems are often marketed as making driving less stressful. When combined with adaptive cruise control, these systems automate much of the driving task, but the driver still needs to monitor the roadway and be ready to intervene. Our surveys show that consumers tend to like the convenience of the sustained systems. But without adequate driver monitoring, it is easy to have too much confidence in the system and become distracted.”

Are Lane Keeping Systems Right For You?

According to CR car safety surveys, drivers are generally satisfied with the lane keeping system provided on their cars, but mostly on highways ranging from two-lane roads up to multi-lane interstates where traffic runs fairly consistent speed-wise.

However, the surveys also showed that lane keeping systems tend to be frustrating around more urban roads where there is a constant need to maneuver around pedestrians, cyclists, and other obstacles---especially when it requires having to move across lane markings which presumably could confuse the sensor system.

Therefore, depending on your driving needs, choosing between the two sub-types is a personal preference.
That said, however, that may also very well depend on how well the make and model of car with Active Driver Assist actually performs.

Although the CR analysis was more about defining the differences between the two sub-types, an interesting mention was made of just which vehicle models were the best and the worst---per customer surveys---regarding Lane Keeping systems.

According to CR analysts:

The brands that do lane keeping best are Tesla, Cadillac, Hyundai, and Volvo according to a survey of CR members conducted last year, collecting data on experiences with more than 84,000 vehicles. Only vehicles known to have ADAS features were included in the survey, and participants were required to have used the features."

“Honda, Ford, Volkswagen, and Lincoln are at the bottom of the rankings for satisfaction with lane keeping assist.”

CR analysts concluded in the end that car buyers should focus more toward investing in vehicles with clear safety benefits that include forward collision warning, automatic emergency braking, and blind spot warning over Lane Keeping features. However, if you decide that a lane keeping assist is for you, they believe that “...you’re more likely to be satisfied with one that provides sustained lane keeping.”
https://www.torquenews.com/sites/all/modules/bueditor/icons/link.png

For additional articles about cars with safety features be sure to check out these useful articles titled “Ford Rear Occupant Alert Video Highlights Summer Dangers for Children and Pets” and “Driver Assist Safety Can Be Fooled Not Just in Tesla, But in Ford Vehicles and Many Others Too.”