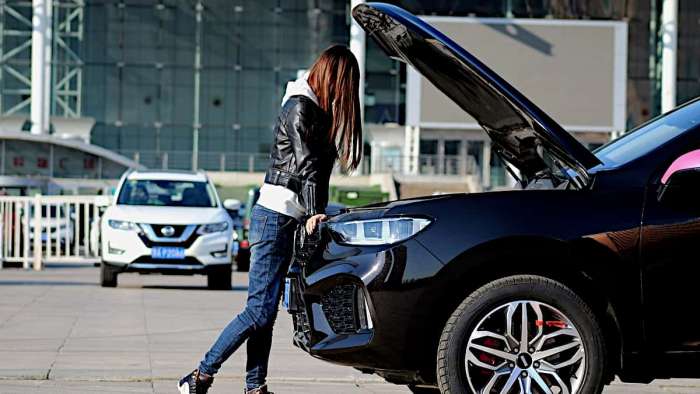 Here’s an example of a blatant successful attempt to hide wreck damage in this scam story as told by a mechanic who had only bad news for a used car buyer who got cheated. Plus, an extra scam story shared by the mechanic on the dangers of buying a used car from online impersonators.
Advertisement

Scams On The Rise

The current new and used vehicle market is resulting in an increase in the number of reported scams perpetuated in a wide variety of ways---and it seems like everyone is in on it.

That’s the message in a recent Car Wizard YouTube episode where the Car Wizard takes viewers on a tour of a vehicle inspection of a 2015 Nissan Murano that looked remarkably good when a customer bought it. However, soon after purchasing the vehicle, things didn't seem right to its new owner---who then brought it to The CAR WIZARD for a post-buy inspection.

What makes this scam story different from others reported thus far is that the vehicle needed a closer inspection than what a non-mechanic car shopper could likely provide by him or herself. More to the point, is that the previous owner resorted to some pretty shoddy attempts to cosmetically hide the damage rather than fix what appears to have been a low-speed front end accident.

What makes this scam story similar to others is the need to treat all used car sales like something is wrong until proven otherwise via a thorough inspection by an experienced car mechanic who can spot the little dead give-away's that something is amiss with a used car.

The value of this episode and previous articles about hidden damage in used cars is that it is an opportunity to learn what to look for when a used car deal seems to good to be true...and probably is.

That said, here is the video in its entirety, with as added bonus of the Car Wizard warning viewers of impersonators scamming unsuspecting buyers who believe that the person they are talking to is the seller of an advertised car.

For more about the importance of having a professional examine a used car before buying one, be sure to check out these useful articles that includes a “Used Car Dealer Scam With Superglue and Drywall Screws” and “How To Spot A Used Car Being Flipped After a Hurricane.”

COMING UP NEXT: Ceramic Coating for Car Paint Protection Questioned and Answered by Car Experts