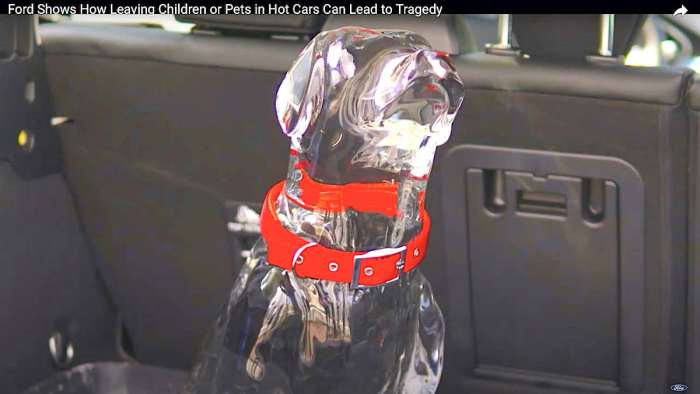 Hot car deaths of children and pets occur at alarming numbers: an average of 39 child deaths in hot cars each year, along with thousands of animals that either die or suffer from heat exposure inside locked vehicles. To help raise awareness of the problem, Ford offers a recent video demonstrating how quickly a life-sized child and pet ice sculpture melts when place in a locked car when outdoor summer temps are 95 degrees Fahrenheit.
Advertisement

One of the tragedies of a child or pet dying from heat exposure in a locked vehicle is that rather than being a deliberate act, it is one typically committed either through carelessness, ignorance or a moment of forgetfulness. We are, after all…human and subject to many faults.

And sometimes a human problem requires a digital solution when a meat-based OS cannot offer the same level of safety as a silicon-based operating system.

About this time last year, Torque News reported that the automaker Hyundai was bringing awareness to parents to check their back seats before exiting the car---especially during hot summer months. However, they did more than raise awareness, they were joining a trend among automakers to provide a rear occupant alert function that would prevent needless hot car deaths.

And now, Ford is on the wagon---a Ford Focus Wagon to be exact---with this safety feature by offering their own Rear Occupant Alert feature and video demonstration toward helping parents and pet owners avoid such incidents of momentary forgetfulness.

“We have all seen in the news the terrible consequences that can result from a moment of forgetfulness,” said Joerg Beyer, executive director, Engineering, Ford of Europe. “Rear Occupant Alert will help drivers to remember what they might think they could never forget – that they might have left a child or a pet on the rear passenger seats.”

Ford is expected to have Rear Occupant Alert as a standard feature on all of their vehicles by 2025. Today, you can find the feature in many of their models including the Mondeo Hybrid, Fiesta, EcoSport, Galaxy, Transit, and the Ford Mustang Mach-E. 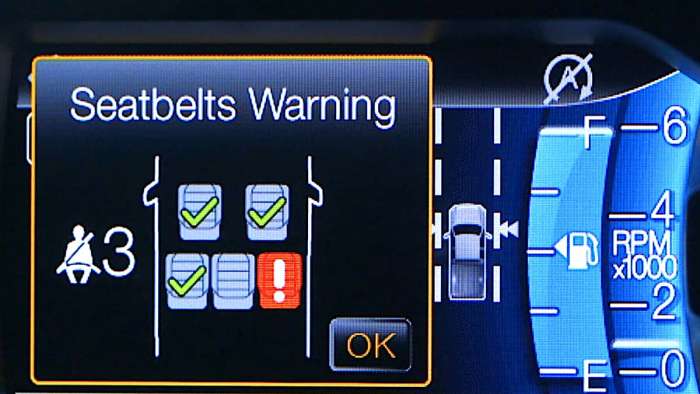 As part of Ford’s awareness campaign, they commissioned the creation of life-sized ice sculptures of a child and a pet for a video to show viewers just how quickly temperatures rise within a Focus Wagon at the automaker’s weather factory in Cologne, Germany where exterior temperatures were held at 95 degrees Fahrenheit.

Hyundai, as mentioned earlier, was among the Asian makers to be the first with this safety feature. And, while Ford lagged behind with their rear seat occupant safety feature, their latest version may prove to have some advantages over earlier Asian models that relied on less sensitive sensors. 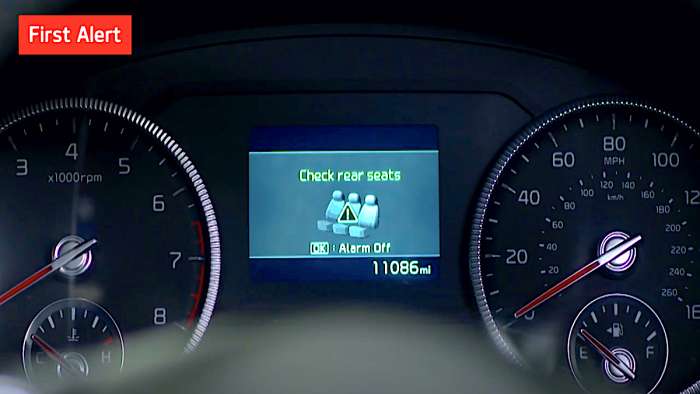 In fact, the FCC recently gave approval for Ford to use radar systems technology within their vehicles that are claimed to be sensitive enough to detect the breath of a baby.

Oddly enough, a Ford video demonstrating their Rear Seat Alert feature on how it works was unavailable; however, here is a recent video from last month by Kia that explains their version of a rear seat alert feature to give readers an idea of what these safety feature systems look like.

But What If Your Car Does Not Have This Safety Feature?

Until the time arrives when you can buy a car with a Rear Seat Alert feature, here are some helpful tips to aid our organic brains in keeping track of what we are doing when we are not alone in the car:

• Place a briefcase, purse, or cell phone next to the child’s car seat so that you’ll always check the back seat before leaving the car.

• Keep a stuffed animal or another memento in your child’s car seat when it’s empty. Move it to the front seat as a visual reminder when your child is in the back seat.

• Set a rule for your child care provider; have them call you if your child doesn’t arrive as scheduled.

For more about car safety, here is an informative article about “How To Research A Used Vehicle For Safety.”