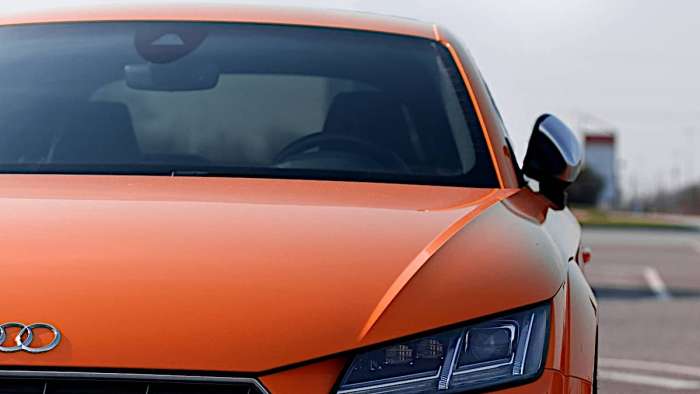 Here’s the latest from Consumer Reports analysts who explain Active Driver Assist Systems with Level 2 automation features in new car models, to help you understand some of the differences between similar features that can be confusing for many shoppers.
Advertisement

Knowing which car has what type of Active Driver Assist System feature(s) can be difficult for car shoppers because of two major problems identified by Consumer Reports analysts:

• A hodgepodge of symbols that are likewise non-standardized and difficult to interpret.

In a recent Consumer Reports analysis of cars with Active Driver Assist Systems---also referred to as “ Level 2 automation” as opposed to the contentious “self-driving” label Tesla is infamous for---car experts recently offered a listing of which car models currently offer driving automation features with an explanation of the features to help consumers decipher the current confusion when shopping for a new car.

Adaptive Cruise Control is a safety feature in which your car maintains a desired speed until it senses---using lasers, radar, cameras, or a combination of all of three---slower-moving traffic ahead after which the vehicle will brake or accelerate as needed to maintain a set distance from the vehicle directly ahead. However, some car model Adaptive Cruise Control systems can differ in that some may only operate at certain speeds and may not accelerate automatically.

Intermittent and Sustained Lane keeping, however, is less well defined in what you can expect depending on the make and model chosen and what it offers. According to CR:

“...lane keeping systems are less well understood. Just because a car has the capability to steer the wheel, it doesn’t mean it is designed to follow the lane—it may just intervene when the car is crossing the lane line. The reactive systems are referred to as intermittent lane keeping, and they aren’t designed to help steer the car down the road. However, sustained lane keeping systems attempt to hold the car in or near the center of the lane. This type truly automates steering.”

More precisely the distinction between Intermittent Lane Keeping and Sustained Lane Keeping can be summarized as follows:

• Intervenes whenever a vehicle approaches or crosses a lane marker or road edge.

• The system may only be available at 35 mph and above, which means during alternating city traffic conditions, you may or may not have the feature activated.

• Owners tend not to like these intermittent systems, partly due to unwanted steers from the vehicle.

• Differences between different car makes with this system can be confusing as to whether a particular model follows the lane; or, only intervenes when the vehicle drifts out of the lane.

• Drivers have complained that some systems “...seem to bounce back and forth between lane lines like a ping-pong ball.”

• Continuously assists to keep the car at or near the center of the lane.

• When combined with adaptive cruise control, Sustained Lane Keeping automates much of the driving task; however the driver still needs to monitor the roadway and be ready to intervene due to “...it is very difficult to rapidly transition from being inattentive to making a crucial driving action, such as swerving or rapidly decelerating,” state CR analysts.

While much progress has been made toward achieving the ability of enabling cars to truly drive themselves, CR analysts caution that the technology is still in its early stages and is in need of improvement---even with Tesla.

New car owners are encouraged to not only talk to their car dealers about the exact types of driving assist features a car carries and how it works, but to also thoroughly study their owner’s manual to ensure that they understand their systems’ settings, which usually can be customized for the type of alert, its sensitivity, and desired distance parameters.

That said, here is a current listing of new car models tested by CR that offers the discussed Level 2 automation features either standard or as optional equipment:

For more about cars with driver assist safety features and claiming to be FSD, be sure to check out these useful articles titled “The Best Midsized SUVs Under $35,000 With Key Safety Features” and “Driver Assist Safety Can Be Fooled Not Just in Tesla, But in Ford Vehicles and Many Others Too.”

LG's New EV Battery Plant Is a Welcome News for Tesla
Tesla Giga Berlin's New Hurdle: It's Not Only the Gov't, but Now Tesla Itself
END_OF_DOCUMENT_TOKEN_TO_BE_REPLACED