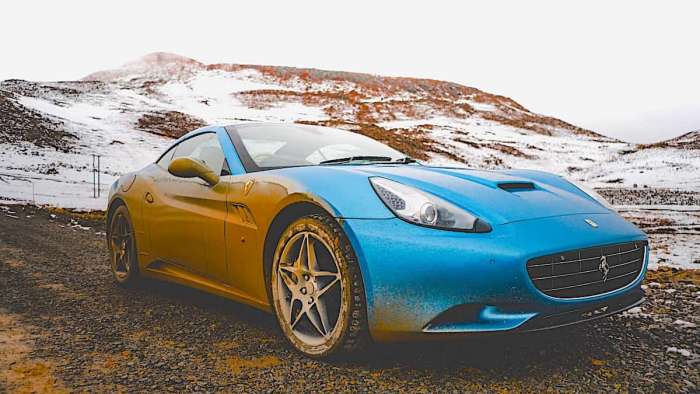 Do you find yourself trying to work out whether you should choose a 4-wheel drive over an all-wheel-drive or just stick with a 2-wheel drive vehicle when buying a new car? Here’s a summary of a Consumer Reports guide that explains the differences and which is best for you.
Advertisement

One of the confusions of buying a new car is that oft times (even for someone who should know better i.e. the salesperson), the designation of a vehicle being all-wheel drive (AWD) is remarkably confused with and used interchangeably with, a vehicle designated as being 4-wheel drive (4WD). The other confusion is sometimes you will see 4-wheel drive written as "FSD," which really means "Front Wheel Drive."

This is understandable; however a lesson easily learned with this new guide from Consumer Reports car experts who replace your confusion with confidence so that the next time you go shopping for a new or used car with a drivetrain configuration that you’ve never owned before, you will understand their differences and the pros and cons of each.

That said, here is a summary of the drivetrains you will find in today’s cars.

It’s All About Getting the Correct Grip

Today’s cars possess some very impressive and complicated electronic stability systems to help keep your vehicle on the road at all times---especially during inclement weather and conditions that can change rather quickly such as during elevation changes driving up or down a mountainous national park roadway.

Chief amongst those systems is your vehicle’s drivetrain system that comes in four configurations: front-wheel, rear-wheel, all-wheel, and 4-wheel drive. Each of the configurations offer some shared properties and some differences when it comes to getting a grip. And, choosing the correct grip for your needs should be one of your car buying factors.

Drivetrain Explained with Some Pros and Cons Defined

Front-Wheel Drive--- provided in the majority of passenger cars, front-wheel drive (FWD) is when the engine’s power is routed to the front wheels.

The reason for front-wheel-drive designs are because:

• It’s cheaper to manufacture and thus the less-expensive choice in cars.
• It’s more space-efficient such as seen in the Prius transaxle system.
• FWD offers improved traction while climbing hills and driving on slippery surfaces because the engine’s weight lies over the front wheels.
• Performance is sportier and fuel economy better due to the lighter weight compared to other configurations.

Rear-Wheel Drive---rear-wheel drive (RWD) is commonly found on full-sized pickups, truck-based SUVs, sports cars, and other high-performance cars and luxury sedans. This range in vehicle types is due to that RWD allows the use of larger and stronger suspension components that are designed to handle large loads in trucks; on performance and luxury cars, the rear-wheel drive improves the balance and feel of the car with its weight more evenly distributed along its length rather than being front-heavy.

The plus of a rear wheel design is that it leaves more room for improved suspension systems in the front. The minus of RWD is that this configuration provides less traction on slippery roads; because of this, both trucks and SUVs typically offer optional all- or 4-wheel drive.

All-Wheel Drive---commonly found on car-based SUVs and some passenger cars, the all-wheel drive configuration has the ability to provide power to each of its four wheels---typically in an axle-switching manner that is dependent upon the road conditions and provides optimal traction under sloppy road conditions like mud, sand, and other loose surfaces when driving off-road. However, depending on the model, AWD is often focused primarily on either the front or rear axle and will axle switch only under specific conditions.

More recently, all-wheel drive has evolved with the use of electric motors providing power to each wheel that can balance out traction slippage detected at each wheel for improved handling.

Regardless of the exact type of AWD system used, all are especially useful in rapidly changing conditions or when driving on a road with intermittent snow and ice.

4-Wheel Drive---when you think of 4-wheel drive, think about an old military movie showing a jeep going over severe off-road driving conditions that involve climbing over rocks and boulders, fording streams, and tackling steep slippery hills. Using a heavy-duty transfer case with a high and a low gear range, 4WD is designed with low-speed, hill climbing torque for off-road conditions that would seriously damage a typical SUV with AWD---especially since 4WD vehicles typically have much higher ground clearance than a typical SUV.

According to Consumer Reports:

Modern 4WD systems are full-time, which means they stay engaged; automatic, where the vehicle automatically switches between two- and four-wheel-drive mode; or part-time, which requires the driver to manually shift between two- and four-wheel drive. Vehicles with a part-time system shouldn’t be driven on dry pavement when in 4WD mode, which could risk damage to the vehicle’s drivetrain.

Aside from serious off-road enthusiasts, most drivers never come close to needing the capability that 4WD systems provide over and above AWD systems.

Drivetrain Choice in a Nutshell

Two-Wheel Drive: For rain and very light snow, 2WD on the front of the car is fine for most vehicles; for performance cars, rear wheel drive is preferred overall, but has more slippage unless provided with AWD.

All-Wheel Drive: good for most normal snow conditions or for light-duty, off-pavement excursions on dirt roads or slippery surfaces.

4-Wheel Drive: For more severe snow or true off-road situations, you will be better off with 4WD and lots of ground clearance. However, the major minus of both AWD and 4WD systems is that they add considerable weight to a vehicle, making them less-economical from a fuel standpoint and more expensive from a financial standpoint.

A Warning From Consumer Reports Concerning AWD and FWD

One of the common misconceptions is that since you can expect more traction from AWD and 4WD, then it must be safer than 2WD when it comes to slipper road conditions. However, while AWD and 4WD provide increased straight-line traction, it does nothing to improve braking, and on most systems has little to no effect on cornering.

It bears mentioning that getting a grip with optimal traction under any road condition also relies on the tires you choose and the tire center you choose to have them install your next set of tires. In a future article, we will take a look at what tire types you should consider for your vehicle.

Photo by Peter Fogden on Unsplash