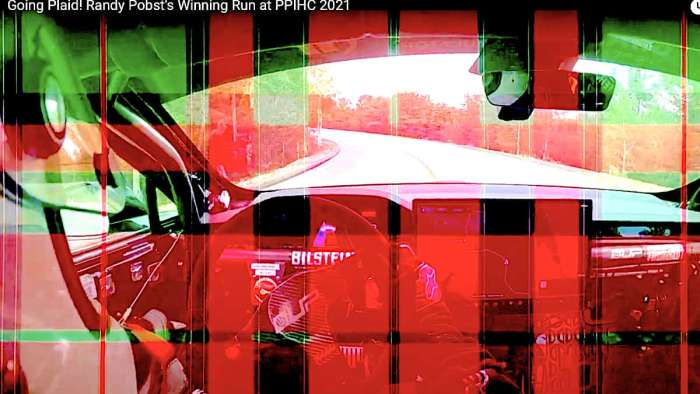 Race Day at the Pikes Peak International Hill Climb race is over and it has been a wild ride as Pobst goes Plaid in his “upgraded” Tesla Model S Plaid and places 1st in the Exhibition Class. Watch the linked video on a big screen or on your Virtual Reality headset and be sure to have taken some motion sickness meds to prepare for an enjoyable ride as you take a peek over the Pobst’s shoulders at what it’s like to go Plaid up Pikes Peak.
Advertisement

"The Plaid is an amazing automobile to be able to go up this hill that fast. And what is really pretty much a plain old street car with a couple of cool Unplugged parts bolted to it. It’s Amazing!” stated Randy Pobst after finishing in 1st place in the Exhibition Class category of the world famous Pikes Peak International Hill Climb race.

True to his character, Randy had nothing but praise for his team, Unplugged Performance, Tesla, and Elon Musk for making his winning moment possible at the finish line.

And although the course on race day included all but the topmost section of Pikes Peak due to weather conditions, Pobst and many other race car drivers in an impressive lineup of high performance machines put on a show that no one there will ever forget.

That said, here are three videos in order that shows a mini-documentary of the journey leading up to race day; a rear camera passenger view of what it’s like racing up Pikes Peak in a Tesla; and finally, a peek over Pobst’s shoulders in its entirety as Pobst makes Tesla history.

In case you’ve missed it: Here is documentary of Pobst’s first attempt at the 2020 Pikes Peak International Hill Climb in a Tesla Model 3.

DeanMcManis wrote on June 28, 2021 - 3:39pm Permalink
Randy Pobst is a very skilled race driver, and he did extremely well with this Unplugged Performance prepped Tesla Model S Plaid race car. I only wish that the weather was better so that they could have raced the full course. But it was no less of an achievement for this great team!
Timothy Boyer wrote on June 28, 2021 - 4:51pm Permalink
I agree. And it was a fun watching him drive. He really enjoys his job!