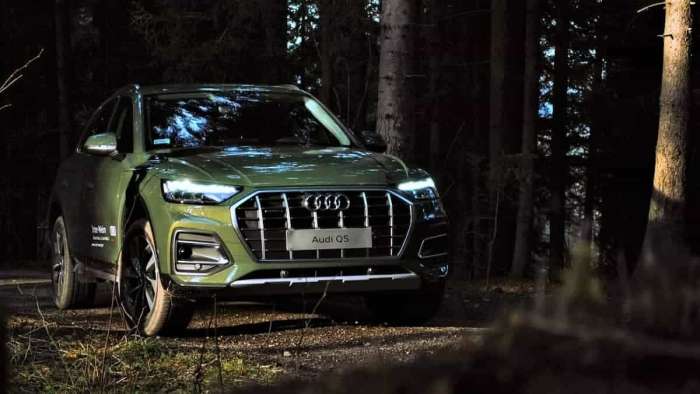 Avoid these popular luxury SUVs a seller may be trying to unload on you in the used car market that turn out to have reliability issues.
Advertisement

Waiting on a Used Model You Wanted New

Not all cars we desire fit our budget. Therefore, one alternative is to wait a few years to pick up a used vehicle of the desired model to take advantage of the substantial vehicle depreciation. Not only will you benefit from the savings, but also enjoy the safety features and higher end modifications and trim that make for a more enjoyable ride.

However, if a desired luxury model becomes available; and in fact, you find multiple models to choose from, you may want to look a little closer at whether this is such a good deal after all and is not the original owner’s problem car.

Just recently, car experts from Consumer Reports released a list of used luxury SUVs (determined from their customer-supplied Annual Auto Surveys) that are models that with road-tested problems that differ significantly from the average problem rate of similar model cars of the same year.

Their analysis of the surveys revealed that even though popular when new, some models may not be the best used-car choice for car buyers today.

To help consumers make smart buying decisions, CR experts created this latest listing of popular luxury SUVs to avoid used, as well as what models proved to be a better choice along with some under-the-radar alternatives to select from.

LUXURY SUVS TO AVOID AND WHAT TO BUY INSTEAD

According to CR analysts if you buy the X3, you will find that it has supportive seats, easy cabin access, a tasteful but understated interior, and a manageable size. However, when it comes to its reputation as a model to avoid, it turns out that its reliability rating is actually well below average and is not very good on owner satisfaction ratings.

Although not a luxury vehicle, the 2013–15 RDX is a more-refined compact crossover SUV with a smooth and powerful V6 with respectable fuel efficiency for its engine. And even though it lacks the higher end comfort and tech features of a luxury SUV, it has proven to be “…competent all-around, was well-equipped for the money, and has excellent reliability,” says Consumer Reports.

In spite of being a comfortable and attractive ride, the Audi Q5’s reliability ratings place the engine, engine cooling, the fuel system, and the electrical system all at subpar categorization. Used car owners of this model can expect multiple mechanic visits.

With a cabin that is a little closer toward grade, the 3.0-liter turbo six-cylinder performed well in CR tests; however, its fuel rating is an anemic 17 mpg overall. CR analyst recommend looking for model versions that offer the optional BSW and the technology package, which included FCW.

With a reliability rating of 5/5 and owner satisfaction of 4/5, this under-the-radar alternative provides the comfort owners looked for in the Audi recommended to avoid. Aside from engine and overall reliability, riding comfort and cabin size are its strong points.

A roomy and comfortable vehicle, it loses from both poor fuel economy with its 3.6-liter V6 engine, and consumer data testifying on reliability issues overall as well as the fact it has 6 recalls to its record---leading to CR analysts giving it a well-below-average reliability rating.

Be on the lookout for used models of MDX with the optional rearview camera and FCW and BSW safety features.

Praised mostly as a hidden gem by CR analysts due to its ride qualities, the CX-9 has a smooth and refined 3.7-liter V6 and six-speed automatic, but with a relatively low 16 mpg in their road tests. Its reliability rating is a 4/5, but did poorly in a crash test performed by the Insurance Institute for Highway Safety. The 2016 model has better fuel economy, is roomier, and did better in crash tests, but is rated at only possessing average reliability.

A fine car with the exception of its reliability, the XC90 is rated with every model year since 2016 as being either below or well-below average in CR survey analysis…“which means buying a used model is likely to be an expensive proposition…Unless you find one with a lot of time left on an extended warranty, it’s best to pass on the XC90,” states CR experts.

The X5 with its standard six-cylinder engine offers the best combination of performance and fuel economy and is rated well-above average reliability. Look for X5s that came with the optional Premium package and Driver Assistance Package that included FCW, city-speed AEB with pedestrian detection, LDW; and, BSW (with the Driver Assistance Plus package).

The GX is an SUV possessing a more trucklike ride and handling qualities. Roomy with a powerful 4.6-liter V8 engine, fuel economy is only17 mpg overall; however, the interior fit and finish is impressive. Attractive features include “…Full-time 4WD, a hill-descent feature, and a system that prevents rollback on steep ascents help make it competent off-road.” The 2016 model year is rated above average reliability, while the 2017 and 2019-21 model years achieved an excellent reliability rating.

For additional recent news related to Consumer Reports research, check out this article on the “Best New SUV Deals and Worst New Car Deals Recently Revealed by Consumer Reports.” Plus, learn about these Tips, Tricks and Red Flags When Buying a New or Used Car recommended by Toyota experts.