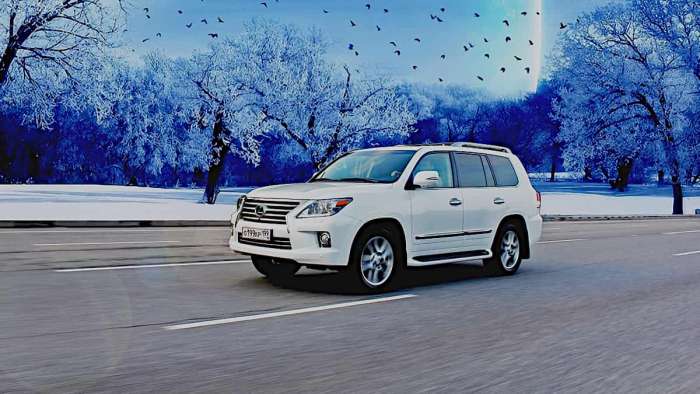 Here’s the latest recommendation from a Toyota/Lexus mechanic on used cars when it comes to finding out just which used Lexus models are the best to buy and which are the ones that should be avoided.
Advertisement

Not All Lexus Vehicles are Created Equal

Earlier, we had learned from a Toyota mechanic about the origins of Lexus and whether or not Lexus is just a glorified Toyota. Today, that same mechanic---with years of experience working on Toyota and Lexus vehicles---comes to us with his recommendations on the best used models of Lexus for used car shoppers, as well as his selection of the worst models that should be avoided because of occasional blips in Lexus engineering and design.

That said, here is summary of the highlights of the video:

• Top Pick #2: Lexus RX350---in particular, all models from 2010 and later due to earlier models had a power steering fluid leak problem.

• Top Pick #4: Lexus GS350---all models with the exception of the hybrid variant due to these were among the early hybrids with some reliability issues.

• Top Picks in Truck Category: Lexus GX and LX. The GX is essentially a V8 Toyota 4Runner whereas the LX is comparatively a Landcruiser. These two are “investment vehicles” that in his opinion you cannot go wrong buying a used one.

Worst Lexus Models to Buy Due To These Problems

• Worst Rated #1: Lexus IS 250 (all years)--a direct injection change to an otherwise good engine that made it the worst reliable and highest repair cost engine ( 4GR-FSE 2.5L with D4 System) in Lexus history with oil burning, carbon fouling valve issues. Special note: the later-made D4 S System version is the fixed engine that is much improved by going to a dual injection system.

• Worst Rated #3: Lexus LS 460---a luxury flagship of Lexus the 2007-2011 models can be found surprisingly inexpensive used, due to multiple age-related repair issues that are high repair-cost items due to it being a six-figure premium car. The brake system alone can run a small fortune in replacement and repairs. The smarter choice is a different model with Toyota-level repair costs.

The One Problem With ALL Lexus Models

In one word: “RUST”---an issue particular to the truck models, but is also found in their coupes and sedans. Rust issues from improper maintenance will lead not to just structural problems with the frame, but also electrical problems with water leaking from where the windshield meets the roof. According to The Car Care Nut, rust is a deal breaker even with the top rated best used Lexus models to buy.

COMING UP NEXT: Easy Ford Explorer Electrical Problem Fix That Will Save You Thousands