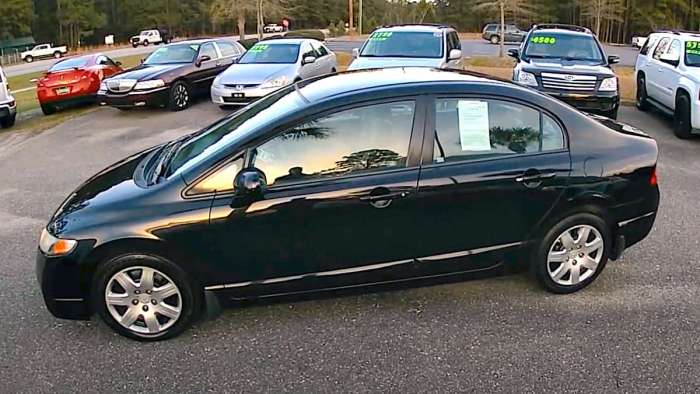 Best Used Cars and SUVs for Less Than $5,000 Rated by Consumer Reports

The used car market is tight and so are budgets. However, if you are looking for a good used car or SUV model that has proven its worth with a good track record over the past 18 years, here are some models analysts at Consumer Reports rate as the best deals that can be found under $5,000.
Advertisement

According to a recent Consumer Reports release of the best used cars and SUVs that can be had for under $5,000, there is no reason why a low price has to equate with low quality or a compromise in safety with a used vehicle that can be close to two decades old.

In fact, several models on the road today with well over 150,000 miles on them are a testament that some car models are actually both well-designed and well-built to make them the true road warriors that they are today.

In their latest analysis of used vehicles, CR analysts picked those models that not only performed well in over 50 evaluations when new, but also demonstrated average or better reliability according to the data they’ve mined from their bank of Annual Auto Surveys provided by CR members.

That said, here is a summary of their listing of sedans, hatchbacks, and SUVs that can be found for $5,000 or less and are available with electronic stability control (ESC)---a safety system that saves lives and is now required on all new cars.

Please Note: Pricing reflects market values of today. Although some models are actually listed above $5,000, depending on the vehicle condition the prices on these selected models can be found for less.

If you cannot find a model locally, you are encouraged to check out the CR website for its useful used car marketplace search feature.

Be sure to check out other CR-related articles that covers buying used cars, performing your own car repairs, automotive things to avoid; and, recall alerts.

COMING UP NEXT: Hacking Tesla is Condoned

LG's New EV Battery Plant Is a Welcome News for Tesla
Tesla Giga Berlin's New Hurdle: It's Not Only the Gov't, but Now Tesla Itself
END_OF_DOCUMENT_TOKEN_TO_BE_REPLACED