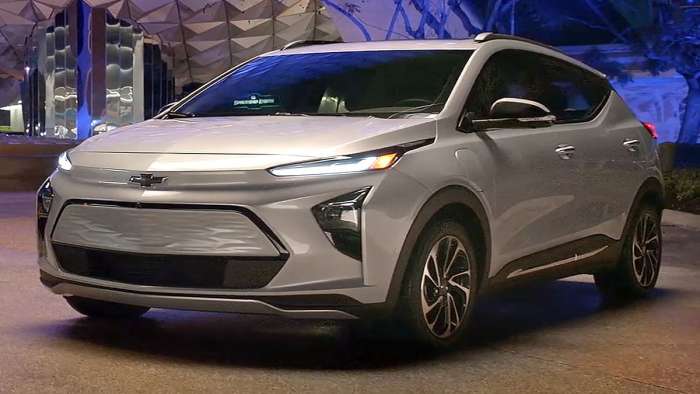 Toyota recently announced a new electric SUV, the bZ4X, as the first in a new “bZ” series of electric vehicles. Toyota developed the SUV jointly with Subaru and plans on releasing the bZ4X in 2022. General Motors is releasing its own electric SUV for 2022: the Bolt EUV. Both vehicles enter a rapidly developing segment - how do they compare?
Advertisement

Regarding pricing, Car and Driver estimates the base bZ4X will start at around $37,000. The companies’ similarly marketed gasoline-powered SUVs, the Toyota RAV4 and Subaru Forester, start at about $26,000 and $25,000. The Bolt EUV will have a base price of around $34,000. Chevrolet’s similarly marketed Equinox and Blazer start at about $24,000 and $29,000. It is no surprise that the bZ4X and Bolt EUV will cost significantly more than their gasoline-powered counterpart due, likely because of the battery costs.

Toyota and Subaru have not released much information about the specifications of the bZ4X. The SUV’s dimensions are not yet known, but some of its technological highlights have been announced. Toyota’s press release announces a new all-wheel drive system developed jointly with Subaru, a company renown for its all-wheel drive systems. The press release says that the new system “combines safe and pleasing driving performance - made possible by the unique responsiveness of electrified vehicles - with impressive off-road performance.” Toyota also says that the bZ4X also has a solar recharging system that recharges the SUV’s battery when it is stopped. It also increases driving range, ensuring “customers not to be inconvenienced in wintertime.” 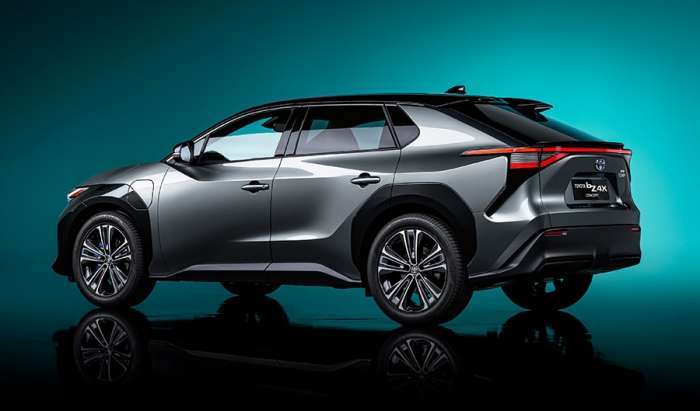 Electric driving range is crucial to many potential electric vehicle customers. Toyota says that the bZ4X (and the rest of the bZ line) will have “practical cruising range that considers the operating environment, so that customers can choose [a bZ vehicle] with peace of mind.” The actual range for the bZ4X has not yet been announced. Chevrolet estimates that the Bolt EUV will have about 250 miles of driving range.

In terms of styling, the rZ4X and Bolt EUV embrace an edgy, futuristic design language, but each model has a different approach. Toyota’s SUV has dark wheel-arch cladding and a noticeable kink under the doors, both of which seem to be intended to give the appearance of ground clearance and off-road capability. The Bolt EUV looks more like a tall hatchback than a bone fide SUV, with car-like ground clearance that echoes its smaller sibling, the Bolt EV. Both have narrow running lights and many creases and folds throughout their bodies.

Both vehicles will doubtlessly be competent, and both are backed by automotive giants. The Toyota bZ4X and the Chevrolet Bolt EUV are likely going to be fast sellers in a competitive and growing segment of electric SUVs.

Check out how Chevrolet’s Trax falls short of its SUV competition.