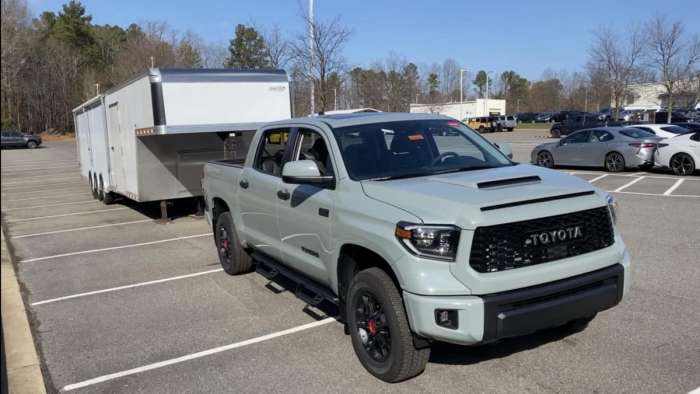 We may have gotten our first teaser about what comes next for 2022 Tundra.
Advertisement

Remember the old saying “if a tree falls in a forest and no one is around to hear it, does it make a sound?”

We can perhaps carry this solid pearl of wisdom over to the automotive world as well.

Toyota is scheduled to launch its next-gen Toyota Tundra for the 2022 model year. Truck fans, owners and enthusiasts cannot wait for its release – and especially, to see it in person.

There is really just one minor problem here.

Toyota has not released or announced even one small bit of information about the new Tundra to the public.

So, if a Tundra is being designed and built at design facilities all over the country, but nobody sees it or hears about it, is it really happening at all?

We truly have had no clue. 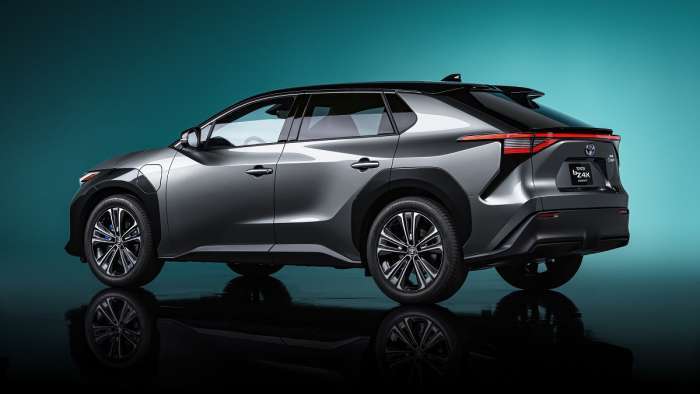 Toyota issued a press release today on the launch of its brand new bZ4X SUV. Its Battery Electric Vehicle (BEV). All electric.

bZ stands for “Beyond Zero.” That is pretty freaking cool if you ask me. And this will not be the only bZ vehicle offered. Toyota plans to introduce seven total vehicles in the bZ battery-electric lineup in the near future.

But here is where things get a little interesting. Look at this one statement in the Toyota press release:

“In addition, Toyota intends to bring electrification to its pickup truck lineup in the near future, including hybrid and BEV powertrains.”

This statement falls in line with Toyota’s aggressive initiative to offer an electrified option for every one of its models by 2025. That includes Toyota cars and Toyota trucks and Toyota SUVs.

We should be seeing more hybrids, plug-in hybrids, battery electric and hydrogen fuel cell electrics than ever before.

And sooner than later. 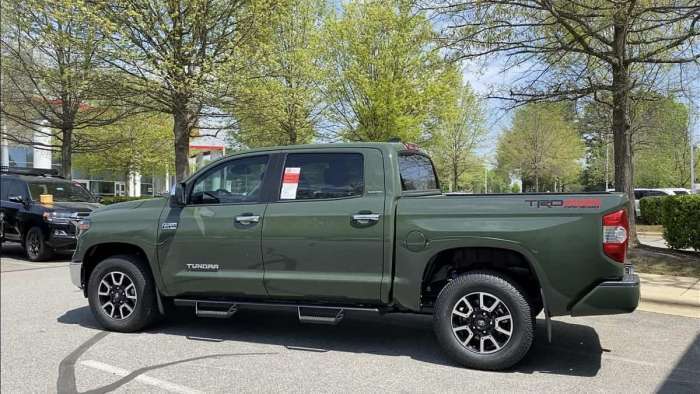 I have written quite a few stories lately for Torque News attempting to keep up with what I know so far about 2022 Tundra. This includes a potential Tundra Hybrid and when we might see it.

I even hypothesized that we could soon see a Tundra Plug-in Hybrid Electric Vehicle. Maybe it would be called Tundra Prime.

Time will tell if I am right about any of this.

For now, though, we have this new piece of information about Toyota trucks. Toyota does mention the pickup truck line will feature both hybrid and battery electric vehicles (BEV).

Could this mean 2022 Toyota Tundra?

Do you think this press release by Toyota was also designed as a way to tease a potential Toyota Tundra Hybrid of some sort?

What does this mean for a next-gen Tacoma as well?

Perhaps this is a sign that more Tundra news is on the horizon too.

Or do you feel a completely new Toyota truck will be launched with an electrified power plant of some sort?

Thanks for reading everyone. See you next story when I discuss a change coming for 2022 Toyota Highlander.

READ MORE: Tundra fans would like these additions included in 2022 Tundra.

Gregory A Brodnik wrote on April 20, 2021 - 10:12am Permalink
All this business of EV and Hybrids is very good news, but people who live in an apartment will not be interested because how do they charge them. And there are a lot of people who live in apartment dwellings.
Tim Pitner wrote on May 17, 2021 - 6:03pm Permalink
Great question.... I have a friend/coworker who lives in an apartment and uses the charge stations like a gas station. Our company runs him around doing jobs in southern California and he just plugs his model 3 into a station close to the job. Or if the customer allows it, he just uses their power to charge while on site. He's been doing it for a year, so it must not be too bad. I actually had the same question... I also don't agree with plugging into a customers building... but that's me.
Derrick Adams wrote on April 22, 2021 - 10:46am Permalink
I'm okay with a hybrid or any new Tundra. But, making a more fuel efficient V8 Tundra would've been a good move too.