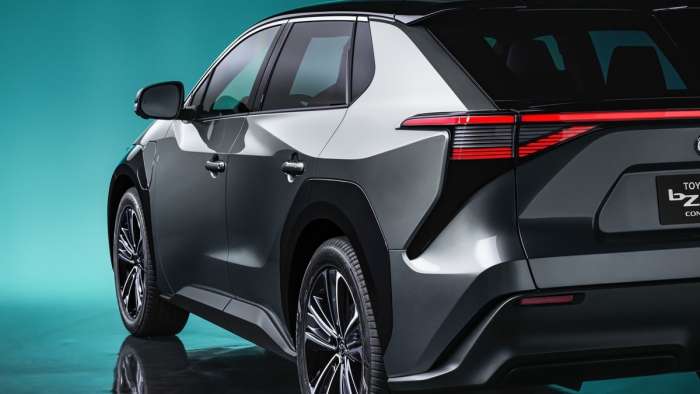 The all-new 2023 Subaru all-electric SUV comes into focus. Here is what we know about the new Subaru battery-electric compact SUV.
Advertisement

The all-new 2023 Subaru all-electric small SUV collaboration between Subaru and Toyota is now more clear. Toyota revealed its bX4X at the Shanghai Auto Show today, giving us a sneak peek of a battery-powered Subaru SUV that could go on sales as soon as next year. Here is what we know.

The all-new BEV is about the size of a 2021 Forester compact SUV and jointly developed with Toyota, which owns 20 percent of Subaru Corporation. The all-electric SUV is built on Toyota's new e-TNGA dedicated EV platform and uses Subaru's all-wheel-drive technology. 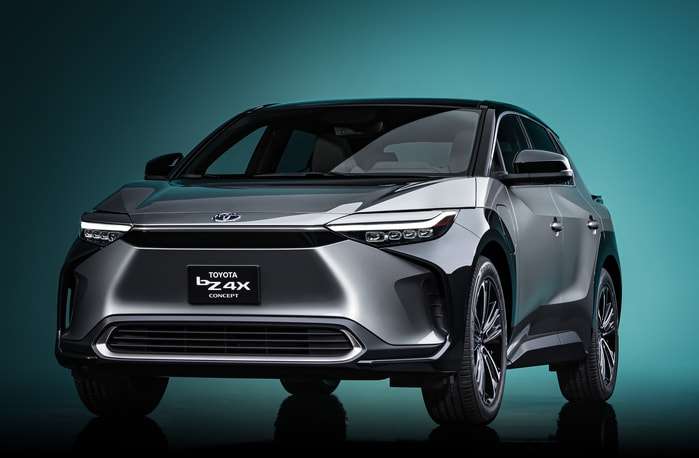 The new EV platform could also produce Subaru hybrid models in the future. Subaru President and CEO Tom Doll said in an interview last April, "We will be introducing an (all-electric) SUV in a couple of years through our partnership with Toyota. I can't speak too much about the details about it, but needless to say, it's going to be a great electric vehicle for us and our first fully electric vehicle."

Subaru plans on bringing more hybrid and plug-in hybrid models to its current lineup of all-wheel-drive models. Tom Doll said the automaker would have a full vehicle lineup of full-electric vehicles coming through the mid-2025 to 2030 models. 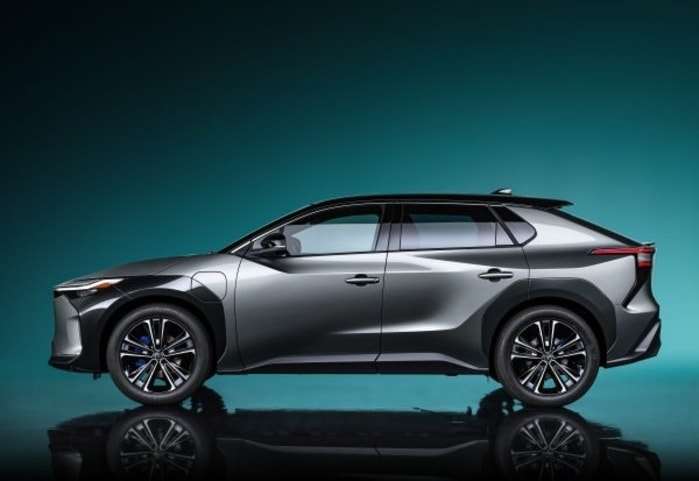 A source close to Subaru revealed the new 2023 Subaru electric SUV will begin production in the spring of 2022 and could go on sales in the U.S. later next year. We get an idea of the Subaru model from the Toyota images released today.

The Subaru EV will be distinctly Subaru and will not look like the Toyota model revealed at the Shanghai Auto Show. Subaru says it will be about the size of the 2021 Forester compact SUV.

While Toyota plans to launch a "portfolio of battery-electric products," Subaru will launch one all-new model sometime in 2022. It will have limited availability in California and some eastern states.

Subaru will move slowly and cautiously in developing an all-electric Forester, Outback, and Crosstrek. "Based on that (how rapidly the EV market grows), we'll have to think about our strategy and how to add electrified vehicles."

The new all-electric Subaru SUV will be a compliance car for California's emissions, where Subaru sells many of its new 2021 Forester, Outback, and Crosstrek SUVs.

The all-new 2023 Subaru all-electric compact SUV that is a collaboration between Subaru and Toyota is coming into focus. Torque News will bring you the latest information on the new Subaru battery-electric SUV as it becomes available.

You Might Also Like: Is Subaru Too Cautious In The Move To All-Electric Models? - Subaru's CEO Says Why

Matthew Butkus wrote on April 19, 2021 - 3:59pm Permalink
I wish they would've differentiated a little more from the RAV4 like they did with the BRZ.
jg wrote on April 21, 2021 - 1:01pm Permalink
This isn't what the Subaru will necessarily look like. From conversations that have been released, it is likely to look like a combination of a Crosstrek and Forester. For the Toyota, they are certainly going to try and not alienate their customer base with all new styling language when switching to an all new electric-only platform that may scare people who are wary of what the future of not using a gas pump may look like.
Vyoma wrote on April 20, 2021 - 5:19am Permalink
They should use Tesla batteries and Teska driver less tech. Toyota can help in improving the performance and efficiency. Tesla charging stations are plenty now.
VS wrote on May 28, 2021 - 11:32am Permalink
Subaru will manage to make it pollute, burn or leak coolant or oil.
Rocky wrote on June 18, 2021 - 11:21am Permalink
I realize that everyone is concerned about how much weight is carried in these vehicles to get the most mileage... but why is everything being made for passengers only. These compact SUVs will not carry my tent, cooler, camping supplies, kayak, paddling gear bag... etc. If I go somewhere, I carry a lot of different stuff and need a vehicle capable of packing it. It would be great with all this Electric Wizardry happening that they would have a Solar Charge Panel option so that while I'm in the wilds, I don't need to rely on a plug in to recharge enough to get me to civilization. We have the technology... it just needs to be shared!