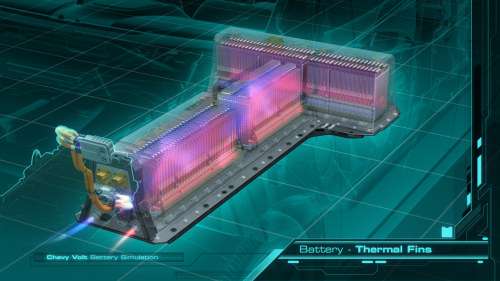 As per media.gm.com, General Motors Co. and the U.S. Department of Energy's Argonne National Laboratory announced today they have reached a worldwide licensing agreement to use Argonne's patented composite cathode material to make advanced lithium-ion batteries that last longer between charges and can charge at higher voltages.

The agreement with Argonne builds on GM’s commitment to lead the development of vehicle electrification technologies designed to meet the diverse needs of customers around the world, said Micky Bly, GM executive director – Electric Systems, Hybrids, Electric Vehicles and Batteries.

The cathode material licensed to GM is part of a large, diverse suite of Li-ion battery inventions and patents developed at Argonne with DOE funding. The agency also provided funding for early science research that helped develop this technology. Use of the cathode material will yield advanced batteries that are high-performing, long-lasting and safe when compared to the existing technology that has dominated the market for nearly two decades.

On the other hand, the Argonne news release revealed LG Chem, which made its own licensing agreement, uses the same technology in the battery cell that is already powering General Motors Company's Chevrolet Volt, the first mass-produced plug-in hybrid electric vehicle. The Volt has an EPA estimated range of 35 miles on a full charge.

LG Chem, Ltd. is Korea’s largest chemical and rechargeable battery maker in terms of both size and performance. LG Chem Michigan, Inc. (LGCMI) is a wholly-owned North American subsidiary of LG Chem. The company was established in 2010 to manufacture Lithium-ion battery cells at the $303 million production facility in Holland, Mich., that was funded in part by a grant from the U.S. Department of Energy

For the record, the goals of the electrification of the automobile include, high energy density cathodes, faster charging at higher voltages and lower cost. No mention was made by Argonne, GM or LG Chem about the need to develop new chemistries like ionic fluids for electrolytes.