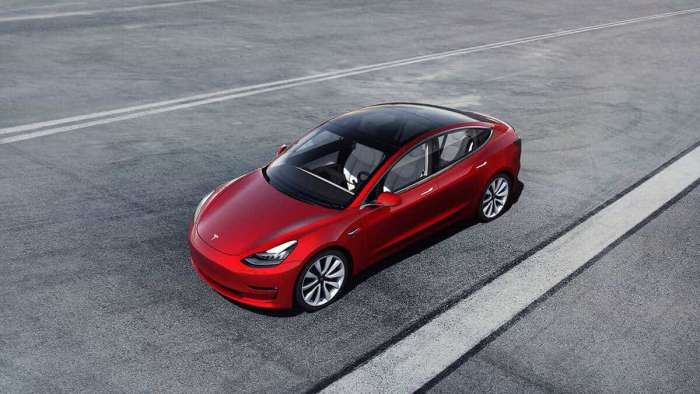 Tesla has discontinued the sale of the $35,000 Standard Range Model 3. This follows the removal of the version from website back in 2018.
Advertisement

According to Electrek Tesla has stopped offering the $35,000 version of the Model 3. The base version of the midsize sedan the company offers for a while has been the standard Range Plus which costs $38,000 but, customers were also able to get a cheaper version of the vehicle.

Tesla doesn’t list this version of Model 3 on its website and to reserve, the car customers have to either visit a Tesla showroom in person or call customer service. The Standard Range Plus and the $35,000 standard Range Model 3 are identical with the main difference being the latter having a software limited battery pack giving it a 220-mile range.

At the Model 3 unveiling event back in 2017, Tesla promised to bring the car to market starting at $35,000. This was the price Elon Musk said will finally make Tesla accessible to the masses. However, after the sale of the vehicle started most people went for higher trims of the car with more bells and whistles prompting the company to discontinue the Standard Range Model 3.

Nevertheless, Tesla still kept offering the base version of the vehicle for anyone who wanted it enough to special order it. But now Tesla seems to have ended this practice. As to Electrek’s reporting Tesla employees are no longer able to offer the software locked version of the Model 3.

However, this new rule seems to only apply for the 2021 model year refreshed vehicles. Customers can still get a Standard Range version of an older inventory car. For the 2021 Model year, Tesla updated the Model 3 increasing the range to 353 miles and adding new features to the vehicle. 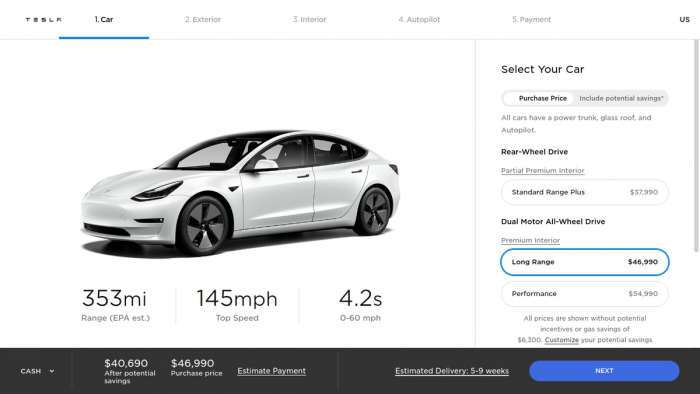 The new Model 3 comes with a new center console that resembles its bigger brethren the Model S and X. On top of that Tesla also added a powered trunk, new double pane glass, a USB stick in the glove box for sentry cam footage, new headlights, new wheels, and a factory “chrome delete”.

The reason why Tesla stopped offering the Standard Range Model 3 with the new refresh is not yet clear. Some have speculated it could be because the demand for the new vehicle is high enough Tesla doesn’t need to sell the cheaper software locked version. Another theory is Tesla might be planning to lower the starting price of Model 3 making the Standard Range version no longer necessary.

We will keep you posted if Tesla provides more information about the issue.

So what do you think? Are you sad to see the $35,000 version of the Model 3 no longer being offered? And what do you think is the reason behind this move? Let us know your thoughts down in the comments below.