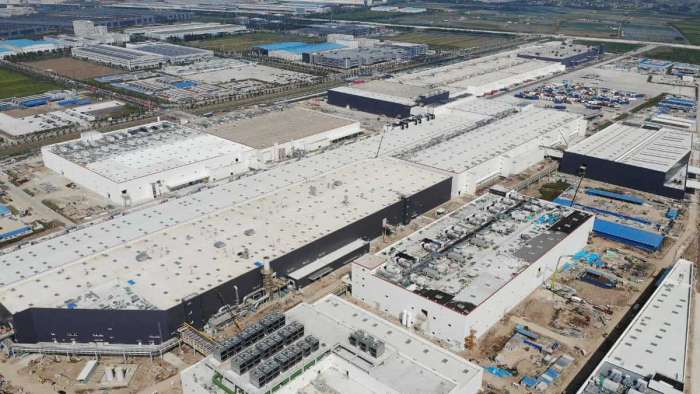 According to a report by 36 krypton, a Chinese news site, in 2021 Tesla is planning to produce 550,000 vehicles from the Shanghai Gigafactory. The organization says it reached this number after talking to “many industry insiders”.

At the end of the previous month, Tesla started shipping Chinese-made Model 3s to European countries. The first batch of 7000 vehicles was seen departing a port in Shanghai. Tesla China held a ceremony for the all-electric sedans the first batch of exports at Gigafactory Shanghai. The vehicles waiting to board the ship to Europe were photographed arranged to spell out the word Tesla.

Tesla has also recently refreshed the Model 3 for the 2021 model year. The new vehicle even though it has the same battery, Tesla improved the car’s efficiency and now the Long Range Dual Motor AWD version of the car can go 353 miles per charge.

Other changes that came to the car include the addition of a heat pump, powered tailgate, new double-paned glass, changes to the center console and upholstery of the interior, new rims, and a USB port inside the glovebox.

Currently, Tesla has an installed capacity of 250,000 vehicles in Giga Shanghai. This is for the Model 3 and the company is also in the process of ramping up Model Y production. The first delivery of Chinese made Model Ys is expected to take place in late 2020 or early 2021. 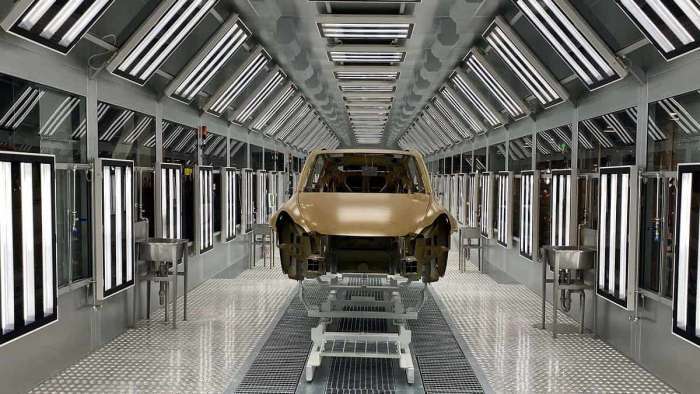 The Chinese government has included the Model Y in the new batch of Road Motor Vehicle Manufacturers and Product Announcements. This paves the way for Tesla to start selling the compact SUV in the market.

Tesla has produced around 330,000 vehicles so far this year and plans to increase the total to 500,000 cars by the end of the year. This would mean next year Tesla’s Shanghai Gigafactory on its own will produce more than Tesla’s current worldwide production.

Currently, besides the already nearing completion of the Model Y plant in Shanghai, Tesla is also building two other factories -- one in Berlin and another in Texas. The Berlin factory is expected to produce a new type of Model Y with the company’s 4680 battery cells. The new cells are 56% cheaper on a cost per kilowatt basis and also enable the cars to have 54 percent more range.

Elon Musk has said Tesla ultimately plans to produce 1 million vehicles in Giga Shanghai. This points to rapid growth for the company. And should be a crucial step in Tesla achieving its long term goal of producing 20 million vehicles a year.

So what do you think? Will Tesla be able to produce 550,00 next year just in Giga Shanghai? Also, do you think the company will have the demand to sell all the cars? Let me know your thoughts down in the comments below.

For more information check out: Toyota President Calls Tesla A Chef Without Kitchen. Also, see Elon Musk Says Following The US Tesla Will Roll Out FSD Beta To Canada And Norway