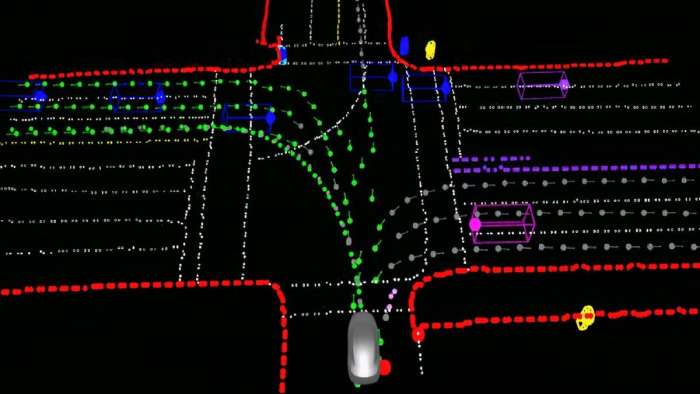 After the successful roll out of Tesla's FSD beta program in the US, Elon Musk says Canada and Norway will be next.
Advertisement

Tesla has rolled out FSD beta to its early access members. This, unlike past upgrades to the autopilot software, is a fundamental architectural rewrite and is expected to eventually enable level 5 self-driving.

Currently, the update is rolling out to Tesla owners who are part of the early access program in the US. But now in response to Twitter user @kjell_arne who asked Tesla if they could get FSD software in Norway, Elon Musk says after the US Tesla will roll out the FSD software to Canada and Norway.

Canada and Norway are next after we get US out of early beta!

As for the user pointing out Norway is not in the EU, that is because the EU has regulations in place that severely restrict the functionality of Tesla’s current Navigate on autopilot software. Many Tesla customers have been trying to get those rules relaxed in order to be able to utilize the functionalities they have already paid for.

Tesla after rolling out the FSD beta a few weeks ago has already been rolling out major updates to the self-driving software. For example, according to Musk, the latest update has cut down interventions by one third. This was due to fixing small bugs and acquiring new profound insights. Musk says the software will be updated every 5 to 10 days going forward.

Besides the improved functionality of the software, Tesla has also updated the autopilot UI. In the latest update, Tesla has shrunk the area displaying maps, increased the part showing driving data, decreased the rendering of objects on the road and now displays points representing demarcation of drivable area. Below is a video by Tesla enthusiast and FSD documenter Kim Paquette presenting the new FSD UI in action.

For these improvements, Tesla seems to be utilizing the data it is getting from the early access testers really well. According to James Locke (@arctechinc) who is part of Tesla’s early access program, Tesla seems to be collecting huge amounts of data from the beta testers. James Locke in a tweet said he got home after a solid day of beta FSD driving and the car uploaded almost 4GB of data in a short amount of time.

Just got home after a solid day of beta FSD driving and the car is uploading like mad! 22.8 Mbps upload rate right now with 3.9GB already uploaded back to the Tesla mothership.

This seems to make sense given Tesla’s move to training the neural nets with labeled video. Elon Musk in the past has said the now released FSD beta is not an iterative improvement on autopilot software but a complete architectural rewrite. One of the changes Tesla implemented was labeling in video, or as Musk likes to say “4D”, which are the 3 dimensions of space plus time. 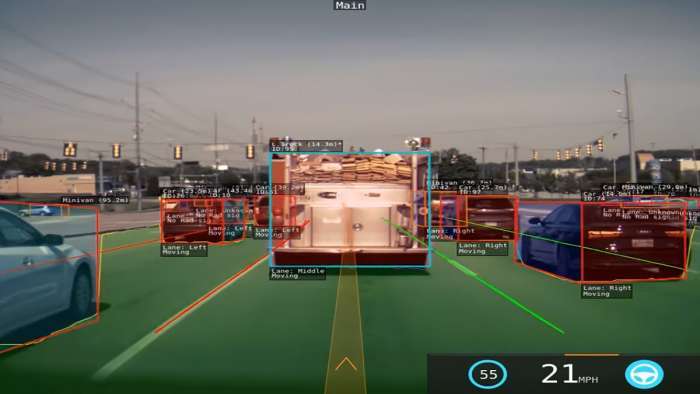 “Now, with our new labeling tools, we label entire video segments. So you basically get a surround video of the thing to label -- Surround video with time. It is now taking all cameras simultaneously and looking at how the images change over time.” said Musk speaking at the company’s Battery Day event.

Previously, Tesla used to label the surroundings to train its neural networks using single images from the 8 cameras. They will be labeled at different times by different people, as Musk put it, and some of the labels it was impossible to tell what it is they were labeling. This caused a lot of errors in the system.

Elon Musk believes moving from the above method is critical saying in a tweet, “Video training & inference is essential for excellent autonomy.” For this, Tesla is developing a neutral net training computer called Dojo to process the vast amounts of video data that will be coming from the fleet. Elon Musk says Dojo will be significantly better than the best supercomputers in the world.

Currently, a number of individuals in Tesla’s early access program have been sharing their experience with the new software. And as Musk promised, this is indeed a fundamental improvement.

So what do you think? Are you excited for the FSD beta rolling out in Canada and Norway? Would you be willing to participate in the FSD beta? Let us know your thoughts down in the comment below. Also if you are a Tesla early access program member in the two countries contact us if Tesla offers you this function.

For more information check out: Elon Musk Thanks FSD Beta Testers And Emphasizes Importance Of Labeling In Video. Also, see Tesla Might Start Deliveries of Model Y Made In Berlin With 4680 Batteries In Early 2021.