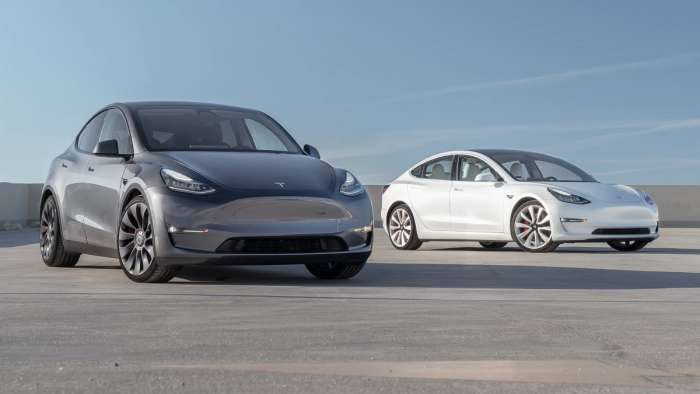 After years of back and forth, Tesla is finally close to selling its vehicles in India. The EV maker has completed homologation and received approval to sell 4 of its vehicle variants in the country.
Advertisement

Tesla has been eying the Indian market since 2016. At the time, Tesla CEO Elon Musk said the EV maker was close to opening a store in the country. Following his statement, Jay Vijayan, who was then Tesla’s Chief Information Officer visited the country.

But the uptick in enthusiasm was brought down soon after. Following Vijayan’s visit, Elon Musk said Tesla might not be allowed to sell its vehicles in India. The reason being, regulations that forced car companies to source 30% of parts locally.

Following, there have been constant reports suggesting the company will enter the country. But, this time it seems like it will finally happen.

On January 8, 2021, Tesla officially entered the Indian market by registering a subsidiary “Tesla India Motors and Energy Private Limited”. Tesla’s Indian arm was incorporated in Bengaluru which is the capital city of Karnataka state. The company is also setting up a research and development center in the city.

And for the past few months, Tesla has been in negotiations with the Indian government to lower the steep import duties levied on foreign-made vehicles.

Currently, the Indian government’s import duty on electric vehicles can reach as much as 100 percent. That is if the cost of the vehicle, insurance, and shipping considered is above $40,000. If that number is below $40,000 the import duty gets lowered to 60%.

However, Tesla’s cheapest vehicle the Standard Range Plus Model 3 starts at $39,900 before insurance and shipping. This makes the final price of even the cheapest Tesla model above the $40,000 cut-off price laid out by the Indian government.

The negotiations between Tesla and the Indian government to lower the import duties have been going somewhat back and forth.

The Indian government has shown willingness to lower the import duties on electric vehicles. Although as of now there haven’t been any rule changes announced.

In the meantime, Tesla seems to be going forward with its India strategy. According to information shared by the Indian government, Tesla India Motors and Energy has received approvals to sell four of its vehicle variants in the country.

BREAKING : Tesla has completed homologation & received approval for 4 of it's vehicle variants in India.

While we don't have any confirmation on names yet, these are probably Model 3 & Y variants.

Will post more once we have confirmation.#TeslaIndia #TCIN #Tesla pic.twitter.com/ozE5LV1u8Y

This is after Tesla finished a homologation process that certifies the company’s EVs to be driven on Indian roads.

Related news: How To See When You Will Get Your Tesla CyberTruck Order

As of now, it’s not yet clear which of Tesla’s vehicles got the go-ahead from the Indian government but, most likely it’s for the none performance variants of the Model 3 and the Model Y.

Supporting this assertion, wrapped Model 3 and Model Ys with manufacturer plates have been spotted being tested on Indian roads.

As of now, we don’t have confirmation from Tesla when the EV maker plans to start selling the vehicles in India and what the vehicles’ final price will be however we will be sure to keep you posted once we get more information. Make sure to visit our site torquenews.com/Tesla regularly to get the latest update.

So what do you think? Excited Tesla is entering the Indian market? Given the steep import duties, do you think Tesla vehicles will be affordable for the majority of Indians? Let me know your thoughts down in the comments below.

For more information check out: Elon Musk Clarifies 'Current FSD Is Not Great' Comment Saying It’s Amazing Just Not By Tesla’s Standards Also, see Europeans Line Up For An Hour To Get Their First Glimpse Of The Model Y As Tesla Begins Deliveries