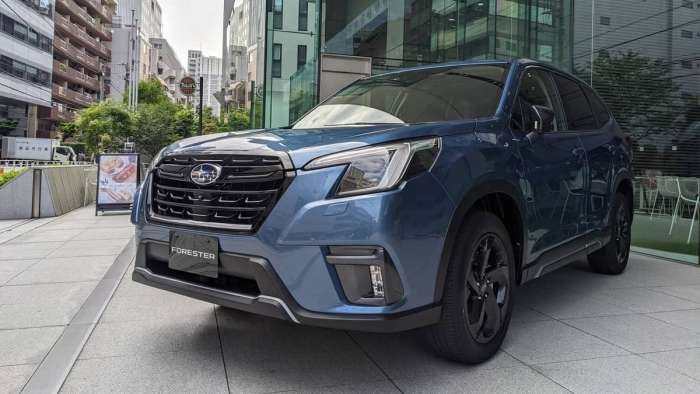 Will The Next-Generation Subaru Forester Be All-Electric Or Hybrid?

Subaru revealed a new time frame for offering a new Forester hybrid in the U.S. When will customers see an all-electric Forester compact SUV?
Advertisement

Subaru Corporation just announced the production of its 20-millionth all-wheel-drive vehicle. Embedded in the announcement today was a new timeline for bringing a Forester hybrid model. The report said Subaru Corporation would offer "new strong hybrid vehicles scheduled for release in the mid-2020s."

These will likely be the next-generation Subaru Forester in 2024, Ascent SUV in 2024, and Outback in 2025. Subaru will develop the new hybrid technology with Toyota similar to the current Crosstrek Hybrid available in the U.S. market. The technology will be different from the e-Boxer Forester hybrid currently available in Japan, Australia, and Europe. 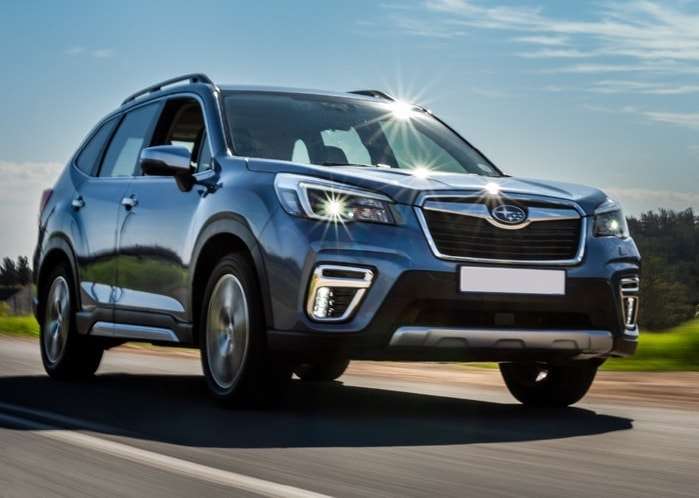 When will Forester be all-electric?

The first-ever all-electric Subaru Solterra SUV will be unveiled next year as a 2023 model year. The 2023 Subaru Solterra is being developed with Toyota now. After Subaru sells the global vehicle in the U.S. and measures public acceptance, Subaru of America will likely launch new Forester, Outback, Crosstrek, and Ascent EVs, but not until the early 2030s.

Subaru recently announced new organizational changes and said its goal is to be an organization better suited for developing new technologies such as electric technology, software, and communications. 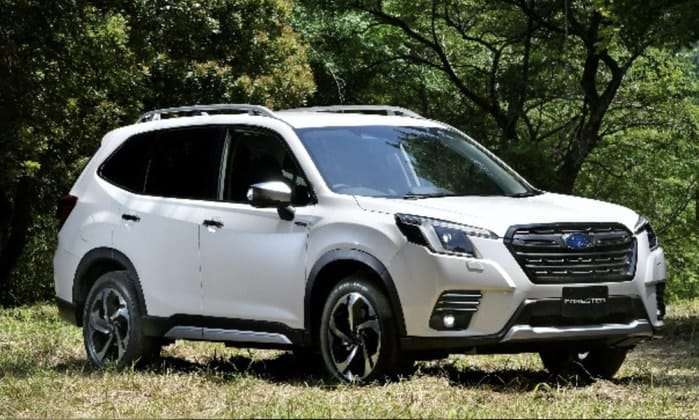 Subaru stated in May in its mid-term management vision statement; they will contribute to achieving a carbon-free society with Subaru's strengths and technological innovation. The automaker will accomplish this with "highly responsive electric motors, Subaru's all-wheel-drive capability and driving dynamics will be further enhanced."

Subaru announced organizational changes that will further promote electrification. While Subaru is taking a slow approach, the 2023 Subaru Solterra EV SUV is the first step in developing an all-electric lineup.

Customers in the U.S. can expect to see the all-electric 2023 Subaru Solterra make its debut early this winter and land in Subaru showrooms in the U.S. in the summer of 2022.

Subaru of America will likely introduce the next-generation Subaru Forester in 2024, Ascent SUV in 2024, and Outback in 2025 with new hybrid technology. Subaru of America won't launch new Forester, Outback, Crosstrek, and Ascent all-electric models until the early 2030s. Stay tuned.

You Might Also Like: Subaru Is In A Big Hurt With Very Few New Forester Models To Sell

Don Levin wrote on July 9, 2021 - 5:42pm Permalink
I believe adding solar panels and batteries to homes will become increasingly cost efficient. The cost of EVs will match gas cars maybe by 2025, and I think hybrid sakes will plummet. Ford claims new EV truck can power a house for several days during grid failure. Gas cars are too complex vs EV to justify, and hybrids are more complex than gas alone.
jg wrote on July 14, 2021 - 1:19pm Permalink
In my opinion, Solterra sales will dictate follow-on electrification (hybrid or BEV) of current models, but unless people stop buying the current models they are not likely to change drastically. Subaru already tested the hybrid waters (I had the 2014 Crosstrek Hybrid and traded it in because the mileage was getting noticeably worse than their other model ICE cars), but they won't bring the current Forester hybrid to the US because we are such whiners and won't buy unless there's a Prius-like gain in MPG (I would be guilty of that thinking as well). I'm hopefully optimistic about the Solterra and have been following solar shingle development for decades to reduce charging cost. Seems like the time is finally right for mass adoption of distributed solar with the additional benefit of home battery systems becoming more affordable. Now we just need a massive federal boost (assistance plus tax breaks) to get ourselves more self-sufficient and ease the stress on the electrical distribution infrastructure as everything moves away from burning things to create energy.
Ed Dunn wrote on February 17, 2022 - 10:40am Permalink
Thanks for update on Subaru Solterra electric and on other electric vehicle developments, especially home solar charging equipment for vehicles.