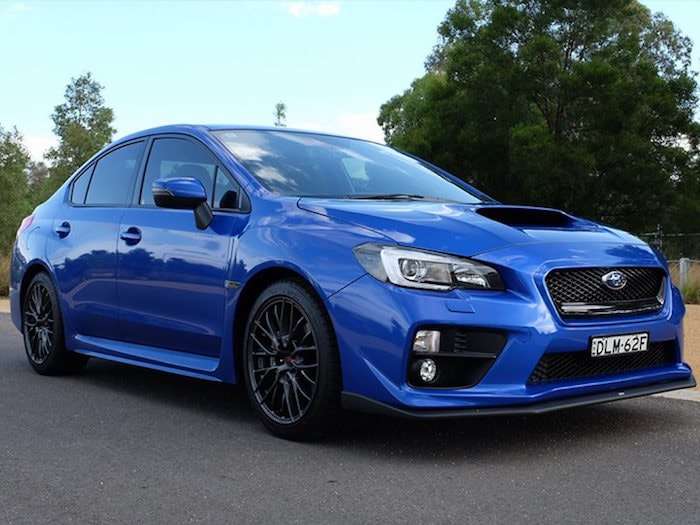 Why You Don’t Want A Used Subaru WRX or These 8 Popular SUVs, Trucks

Are you thinking about buying a used Subaru WRX? You won’t after you see how it rides with these 8 popular SUVs and trucks.
Advertisement

The 2018 Subaru WRX sport-tuned sedan shares unique territory with the most popular SUVs and mid-size trucks in America. WRX is one of nine cars in the U.S. having the lowest additional cost over a slightly used model. So, if you are thinking about buying a used WRX, you should reconsider and buy a new 2018 WRX performance car. According to a study by iSeeCars.com., they found the WRX sedan can be purchased new for as little as $4,115 over the price of the previous year’s lightly-used version.

iSeeCars.com analyzed over 6 million new and used cars sold from August 1, 2017, to January 24, 2018, comparing the prices of the new models to one-year-old cars. They identified nine new cars that cost up to just 15 percent more than the gently-used version. The new Subaru WRX came it at 14.2 percent difference new vs used where the overall average of all cars is much higher at 26.8 percent. Kelly Blue Book found similar findings in their recent resale value study.

The 2018 Subaru WRX provides a better value when purchased new. The WRX performance sedan is the only sports car on the list. The other 8 vehicles were all popular models and exclusively pickup trucks and SUVs, the hottest segments in the U.S. now. iSeeCars.com says, “The WRX is a high-demand vehicle and it had a starring role in the 2017 box office hit ‘Baby Driver’, adding to its appeal.”

The Subaru WRX is an anomaly in the automotive world. In the U.S., demand for SUVs and mid-size trucks like Tacoma, Frontier, and Colorado are at record highs, while demand for sedans has been steadily declining for some time now. But the 2018 Subaru WRX performance sedan bucks the trend. It’s one of the top 9 vehicles in America that holds its value better than all other sports cars.