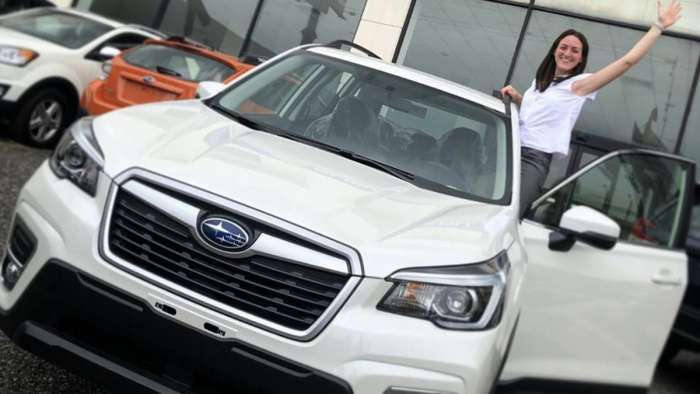 Subaru ranks highest overall of any automaker when it comes to brand loyalty. See why they beat Toyota, Honda, and Lexus.
Advertisement

When it comes to brand loyalty, Subaru knows how to connect with their customers best. Vehicles like the new 2019 Forester, 2020 Subaru Outback, and Crosstrek will be kept in the family and passed down to younger drivers. According to the new J.D. Power Brand Loyalty Study, Subaru is #1 in brand loyalty among all mainstream automakers. Subaru beats Toyota and Honda who rank #2 and #3 in the latest study.

Why is Subaru loyalty #1?

Research by Keller Fay Group showed the Subaru brand ranked tops when it comes to Word of Mouth (WOM) talk. Subaru is one of the top automotive brands based on social media performance and word of mouth conversations. People are talking about the 2019 Subaru Forester, Outback, and Crosstrek SUVs as much as the world's top luxury brands. 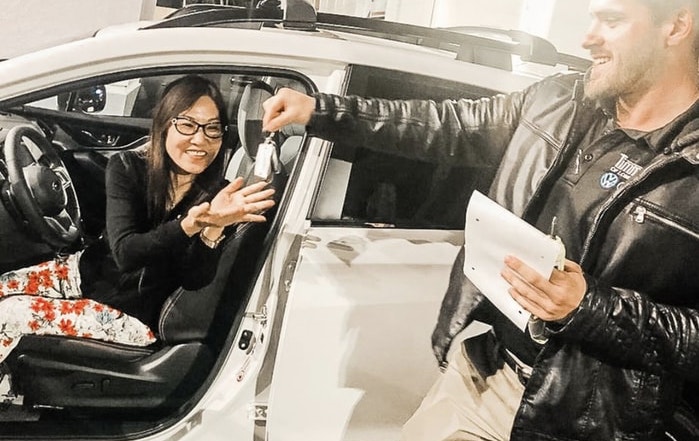 The J.D. Power study says Subaru ranks highest among mass-market brands and highest among all automakers with a loyalty rate of 61.5 percent. Toyota is second with a 59.5 percent rating, and Honda comes in third at 57.7 percent. Subaru even beats Lexus in the luxury segment who comes in at a 47.6 percent loyalty rate.

Subaru Corp owes its success partly to offering desirable all-wheel-drive SUVs at a time consumers are buying SUVs and crossovers in record numbers. But we think there’s more to their success story which is connecting to buyers on an emotional level. It’s worked for decades. 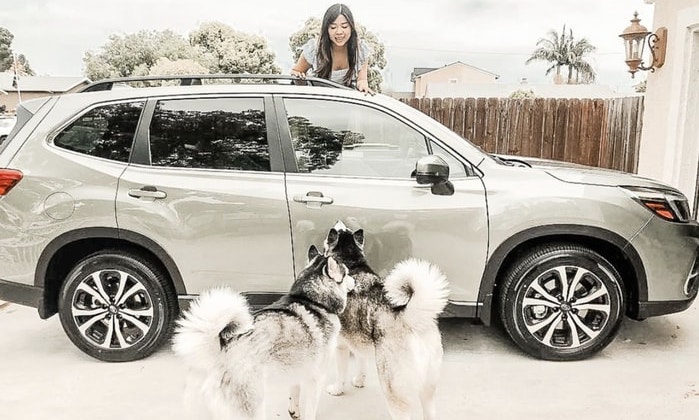 The small Japanese automaker created a niche market with their all-wheel-drive multi-purpose vehicles when they made the decision to convert their entire lineup to all-wheel-drive in 1996. The Forester, Outback and WRX STI have developed an almost cult following over the past 20 years. Their owners hold on to their vehicles and return to the brand when ready for a new one.

Subaru has seen its customer loyalty leap forward in the past decade as the brand has focused on the current “Love” campaign. It’s real, and Subaru of America learned how to tap into their already loyal fan base. They connect emotionally to a younger generation with active lifestyles, dog lovers, and the LGBTQ community. It’s working as sales of the 2019 Subaru Outback, Forester, and Crosstrek have seen record numbers since 2007. 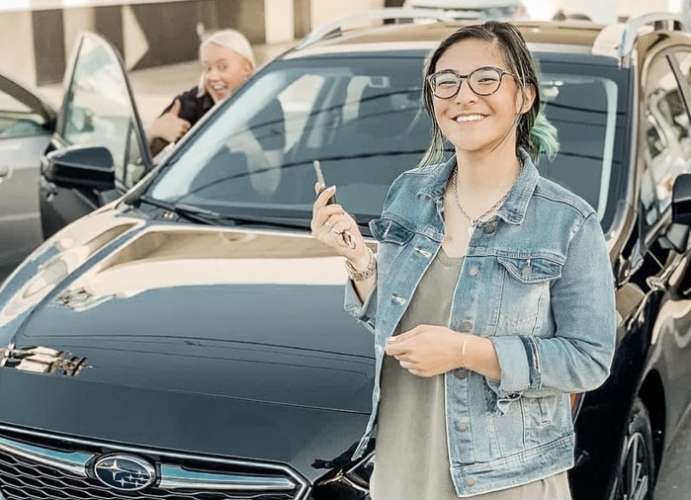 Tyson Jominy, Vice President of Data & Analytics at J.D. Power says, “When a brand can connect emotionally with owners through the vehicle’s content, capabilities or prestige level, owners are much more likely to come back and purchase that same brand again.”

The 2019 Subaru Forester compact SUV, new 2020 Subaru Outback SUV/Crossover and compact Crosstrek crossover are getting customers in the door, but it’s the emotional connection that keeps them coming back.

Bookmark my Subaru page and be sure to follow the latest 2020 Subaru Forester model change reports on Facebook, Twitter, Instagram, Subaru Report. Tweet your Subaru news tips to us @SubaruLegitNews and we'll give you a shout out! Be sure to check back tomorrow for more Subaru news and updates.

Denis Flierl wrote on July 18, 2019 - 6:48am Permalink
Tell us how many Subaru vehicles you have owned. Why does the brand keep you coming back?
Jake wrote on July 19, 2019 - 12:08am Permalink
I bought my first Subaru when I was 18. It's a 97 Impreza outback. That car got me through countless snow storms, college and many back country adventures. Now it's over 300k and still going strong. After 11 years of ownership it has never let me down. Last month I bought an 08 LGT Spec B. I cross shopped multiple cars, but manual & awd cars with some chops are few and far between. As long as Subaru brings awd cars to the states with manual transmissions, I will remain a customer. If they kill the WRX and/or drop the manual then I'll jump ship.
San Diego Teacher wrote on August 2, 2019 - 9:20pm Permalink
The first 10 yr old Subaru Forester, my husband's, was replaced after an accident. I had been driving a Lexus and found myself preferring to drive the Subaru whenever I could get it, so I claimed the new Subaru as mine. It's now 10 years old, and I will get another. It's easy to drive, has excellent visibiliity, reliability and low and inexpensive maintenance. Only complaint: the cabin noise keeps me from hearing books on tape very well.
Digitaldoc wrote on July 18, 2019 - 7:31am Permalink
Now if only Subaru's engineering department could keep up with their marketing dept we would have a decent car. At least for me, too many adds with puppies, and not enough engine options...
rich roggio wrote on July 18, 2019 - 8:02am Permalink
we just like everything about the cars and the brand Subaru. we have 2 Foresters. 2003 XS Premium and 2015 XT Touring
Dave S. wrote on July 18, 2019 - 1:23pm Permalink
Current Vehicles all purchased new in their respective years except the Outback ordered in 2015: 2012 Legacy 2.5 Limited 62K miles (wife's car) 2013 Legacy 2.5 Premium 58K miles (daughters car) 2016 Outback Limited 3.6R 16K miles (my car) I have owned 2010 Outback 2.5 limited and 2012 Outback 2.5 limited. These were all purchased and not leased. Why Subaru? Hold their value extremely well, I mean extremely (just take care of them). Never had to have any service besides routine maintenance items. Never needed to go back to dealer because defect/problem. They are great for our weather in Northeast Ohio. A very good value overall for the vehicles. That being said there are recalls for both Legacy's for the air bags. We will be replacing the wife's Legacy and my Outback in the next year or so.
billie wrote on July 19, 2019 - 4:41pm Permalink
I lived in New Hampshire, my first two cars were a 97 and 94 corolla and after sliding off the road I decided to try a Subaru instead. My first Subaru was purchased in 2015, it was a 1999 Impreza outback sport, and it was a great car to drive with nice handling. The next car I purchased was a 2004 Forester X 2.5L I had each car for about a year, and last year I purchased a 2015 Impreza hatchback sport and it's very reminiscent of my 1999 OBS I plan on keeping it for a long time.. People need to understand, you don't need a 6000 pound SUV to drive in New England, unfortunately most people are misinformed. Subaru has a formidable AWD lineup that trounces everything else
Don wrote on July 19, 2019 - 5:43pm Permalink
It's the AWD + Boxer engine combo. The balanced feel makes the car feel better used than most brand new cars. If you've driven a Subaru, other than comfort, handling and horsepower -- balance becomes part of your taste so to speak.

Tesla-Funded Research Reveals One of The Biggest Mysteries of EV Battery
Tesla Tesla Buyer Nets a Whopping $12,000 Discount After Asking for Reduction
END_OF_DOCUMENT_TOKEN_TO_BE_REPLACED