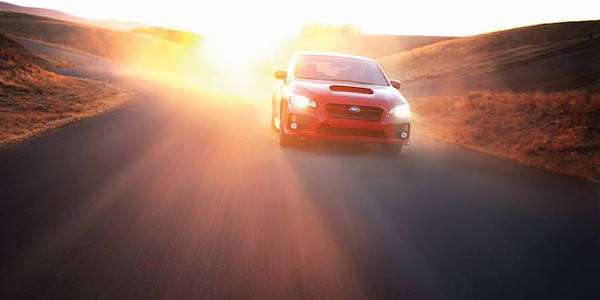 What Subaru Shares in Common With Luxury Brands Tesla, Ferrari and Porsche

What does mainstream brand Subaru have in common with luxury automakers Tesla, Ferrari and Porsche?
Advertisement

Luxury brands like Tesla, Ferrari and Porsche have people talking, but mainstream brand Subaru is right there with them. It’s called Word of Mouth (WOM) talk. These are offline conversations in regards to sentiment about the brands people are talking about. People are talking about the 2016 Subaru Forester, Outback, Crosstrek and WRX/STI vehicles as much as the world's top luxury brands.

Engagement Labs, technology and data company, released its rankings of the top automotive brands based on social media performance and word of mouth conversations this week. Tesla, Ferrari, Porsche and Subaru are the top four automakers in the WOM category according to a study by the data gathering group.

Luxury appeal is not the only factor

Why is Subaru at the top with Tesla, Ferrari and Porsche in WOM talk? Bryan Segal, CEO at Engagement Labs said, “Known for their stellar aesthetics and high-end performance, it’s no surprise to see luxury automotive brands (Tesla, Ferrari and Porsche) place higher amongst offline conversations in regards to sentiment. However, luxury appeal is not the only factor in positive word of mouth conversations. For example, Subaru, which recently received high Consumer Reports ratings, also performed well offline.”

Subaru should “cash in” on positive talk

Subaru ranked in the top ten in social media interactions with a ranking of sixth place among major automakers on Facebook and eighth on Twitter. But it’s word-of-mouth where they are up there with the luxury brands. Segal thinks Subaru can cash in on this positive talk about the brand and get more mileage from it online now. “There is an opportunity for Subaru to take this positive momentum to social media to amplify discussion around the brand, both online and offline, “ says Segal.

In other research, Keller Fay Group found that in WOM talk among teens, the majority of the big car brands are down, yet Subaru is up an astonishing 89 percent. Subaru was number one among teens, followed by Audi at 70 percent and Hyundai at 36 percent. BMW and Ford had the biggest drop in interest among teens with 40 and 42 percent declines respectively.

In the competitive automotive industry, brands have a tough time standing out, yet Subaru has done a great job with their loyal customer base and new customers talking about the brand’s vehicles like their 2016 Forester, Outback, Crosstrek and performance WRX/STI. Segal,went on to say, “Social media is an excellent avenue to differentiate one’s brand from the competition, it’s just as important for brands to understand the power of its offline conversation impact.” The study by Engagement Labs shows tiny automaker Subaru is keeping up with the world's top luxury brands. Subaru is creating offline conversations about their vehicles on a similar scale as Tesla, Ferrari and Porsche.