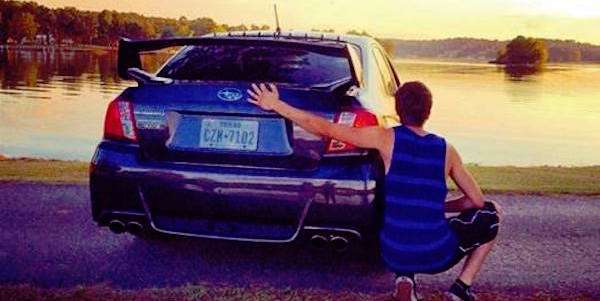 Most car brands see a big drop in teen interest. Why is Subaru the exception? The WRX/STI is a big reason.
Advertisement

Do you really care what 13-17 year old teens are talking about? The automotive brands do because this is the next generation of car buyers who will be purchasing their cars. It won’t be Ford, Chevy or even BMW or Mercedes that the next generation of kids will want to drive. It will be Subaru that will be tops on their wish list when it comes to cars. Not just any Subaru, the WRX and WRX STI performance cars have their attention.

What are the experts saying?

There’s a major shift going on and it doesn’t bode well for most automakers. Unless you are Subaru, Audi or Hyundai. These brands are what teens age 13-17 are talking about most. All the others are down in Word of Mouth (WOM) talk among teens. Subaru is the brand that has their attention the most. The latest research shows some interesting statistics.

Research by Keller Fay Group found teenagers, between the ages 13-17, are talking far less often about car brands than teenagers six years ago. The results of the study potentially signal a major shift for the automobile industry and the broader automotive culture. Interest in the auto industry in general is down with teens. All other major categories like restaurants, clothes and entertainment are up significantly. The auto industry is way down in WOM talk with teens. They are talking about cars on a daily basis 27 percent less from 2009 to 2015. While the majority of the big car brands are down, Subaru is up an astonishing 89 percent followed by Audi at 70 percent and Hyundai at 36 percent. BMW and Ford had the biggest drop in interest among teens with 40 and 42 percent declines respectively.

Is it Subaru’s connection to the environment? Subaru champions causes like cleaning up our national parks with their Zero-Landfill Initiative. Subaru of America is all about protecting the environment and they recycled 65,469,489 pounds of material at their Subaru of Indiana plant in 2015 where they manufacture the Outback and Legacy models. They also go into schools across America and partner with the Student Spaceflight Experiments Program (SSEP). Subaru is investing money in the scientists, astronauts and engineers of tomorrow. Subaru is also active in communities all over the U.S. with their Share the Love giving campaigns and they’ve helped 880 children with life-threatening medical conditions receive their special wish with the Make A Wish organization.

Do teens care about this stuff?

It’s most likely Subaru’s brilliant job of marketing the Subaru Love campaign. Kids are big on Instagram and one look at the #subielove hashtag reveals a slew of Subaru WRX and WRX STI photos attached to the tag. There’s every model year of WRX/STI all the way up to the new-generation 2016 WRX and WRX STI performance sedans.

The sedans and hatchbacks are hot with the millennial generation age 25-34 now. They are sporty, compact, fuel efficient and affordable. They can add mods and make them go even faster. This is what Subaru is doing to grab the attention of the next generation of car buyers. It bodes well for the small Japanese automaker. It’s Subaru’s 2016 WRX and WRX STI performance cars that have the teens attention now. #Subielove works and the brand is positioned well for the next generation of buyers.