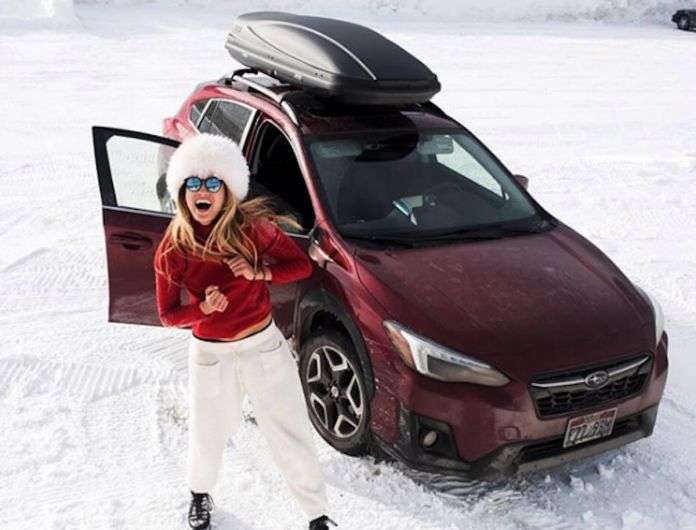 When it comes to brand loyalty, Subaru has been the most popular with their owners for decades. Vehicles like the Subaru Outback, Forester and WRX STI are kept in the family and passed down to younger drivers. According to the new 2018 Edmunds Trade-In Loyalty Report, Subaru is #2 in brand loyalty among all mainstream automakers. The brand has even seen customer loyalty leap from 45 percent in 2007 to 61 percent in 2017.

The report from Edmunds says Subaru owes its success primarily to offering desirable SUVs at a time consumers are buying SUVs and crossovers in record numbers. They say Subaru offered “The right products at the right time.” But we think there’s more to their success story. Fun is a factor that is hard to put a value on, and Subaru has created a loyal following with their fun-to-drive vehicles.

Customers also love the Subaru brand because they have a “go-anywhere” attitude, they are practical, safe and they last a long time. Subaru Corporation is giving people what they want. The small Japanese automaker created a niche market with their all-wheel-drive multi-purpose vehicles when they made the decision to convert their entire lineup to all-wheel-drive in 1996. The Forester, Outback and WRX/STI have developed an almost cult following over the past 20 years. Their owners hold on to their vehicles and return to the brand when ready for a new one.

Subaru is not perfect

Their vehicles have been rated low in J.D. Power Initial Quality rankings, but owners have overlooked some of the initial problems during the first 90 days of ownership because they are happy with the vehicle’s utility, all-weather capability, superior safety records and fun-to-drive performance. Subaru has seen record sales the past 10 years primarily due to their current owners.

A study in 2016 showed the Subaru brand ranked tops when it comes to Word of Mouth (WOM) talk. Subaru is one of the top automotive brands based on social media performance and word of mouth conversations. People are talking about the 2018 Subaru Forester, Outback, Crosstrek and WRX/STI vehicles as much as the world's top luxury brands.

Who’s number one? It’s no surprise that the Toyota brand is ranked #1 by Edmunds. Toyota vehicles have long been known for their quality and reliability that keeps buyers looking for vehicle longevity coming back to the brand. Honda is ranked third behind Subaru as having the third most-loyal customers. Honda has also been known for their reliable passenger cars like the Accord, Civic and CR-V small SUV.

Subaru has seen their customer loyalty leap forward in the past decade as the brand has focused on the current “Love” campaign. It’s real, and Subaru of America learned how to tap into their already loyal fan base. It’s working as sales of the 2018 Subaru Outback, Forester, WRX/STI and all-new Crosstrek have seen record numbers since 2007.

Big Engines wrote on March 13, 2018 - 7:28am Permalink
For long time did not trust J.D. Power studies! is totally not realistic! Chevrolet and for and Ram better than Toyota?! are they kidding me? J.D. Power is nothing but big joke to me
Big Engines wrote on March 14, 2018 - 5:52am Permalink
i meant Ford, when i wrote :Chevrolet and "Ford" and Ram better than Toyota?!
mecanik wrote on June 4, 2020 - 1:38pm Permalink
I'm with you on that. Toyota has been the most reliable across the board for years. The big 3 (sarc) rely on their past notoriety more than creating quality. I think Subaru has gained ground with millennials because they don't do research on their choices as much as they rely on social media to tell them what is 'popular'. My experience is Subaru replacement parts are too expensive. And Subaru's claim of reliability doesn't fit with what I see in the salvage yards!