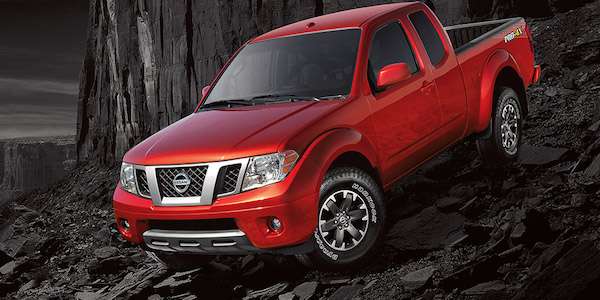 While the Nissan brand scores below the industry average in the latest J.D. Power Vehicle Dependability Study, the 2017 Nissan Frontier pickup scored high in the mid-size category.
Advertisement

But the 2017 Nissan Frontier scored low in problems, and is only one of two mid-size pickups that made the cut in the recent J.D Power study. The Honda Ridgeline took top honors. According to J.D. Power, no other pickups besides Frontier and Ridgeline, performed above the average in the mid-size truck segment. The Toyota Tacoma, Chevy Colorado and GMC Canyon all scored below average.

Frontier has a loyal fan base

There are multiple reasons why the Nissan Frontier has a such a strong and loyal following. Frontier has also received many top honors including Edmunds 2011 TopRecommended Compact Truck, and it received J.D. Power’s Highest Ranked Midsize Pickup in Initial Quality in 2010.

The safety of the Frontier has also received recognition, with the Frontier winning multiple safety awards, such as theNational Highway Traffic Safety Administration’s 5-Star rating in side-impact tests and the Insurance Institute for Highway Safety’s Top Safety Pick designation.

The 2017 Nissan Frontier scores high in the most recent 2017 J.D. Power Vehicle Dependability Study, for having the fewest problems, and it’s only one of two mid-size pickups making the cut. It’s the trucks reliability, power, towing capacity and comfort that also keep Frontier fans coming back.