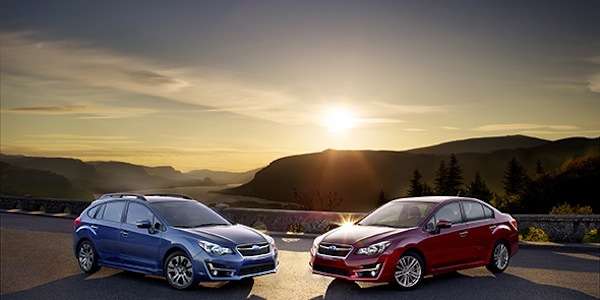 Kelly Blue Book announces their Best Buy Award finalists and the 2016 Subaru Impreza makes the list. Why did it make the list?
Advertisement

Last year, Kelly Blue Book’s Best Buy Award for small car went to the 2015 Honda Civic and beat the Honda Fit, Mazda3 and Volkswagen Golf to take home the honors. This year, the Honda Civic will defend its title against the Hyundai Elantra, Scion iM, Toyota Corolla and 2016 Subaru Impreza.

The finalists in all vehicle segment categories undergo head-to-head comparison testing and evaluation by KBB.com's editorial team, and ultimately the winners in each category and an overall winner will be announced in November. The Subaru Impreza compact is the only Subaru to make KBB’s list this year.

The Subaru Impreza is getting lots of press because of the Impreza Concept vehicle that will be unveiled at the 2015 Tokyo Motor Show later this month. It will be first Subaru to adopt the new global architecture that all Subaru’s following will have in the future.

The current Impreza sedan and hatchback models were newly-revised for 2015 and didn’t get a total makeover, but the new compact model received styling revisions on the outside, drivetrain upgrades underneath and new technology on the inside. The Impreza remains relatively unchanged for 2016 and comes with available 5-speed manual transmission or CVT automatic. All Impreza models are powered by a 148-hp 2.0-liter Boxer engine and feature standard Symmetrical all-wheel drive.

The big improvement came with added extra safety and security capabilities for 2016. Impreza customers can now get the all-wheel-drive compact with two optional STARLINK packages that make their debut in the Premium and Limited trims. Get the full report on STARLINK here.