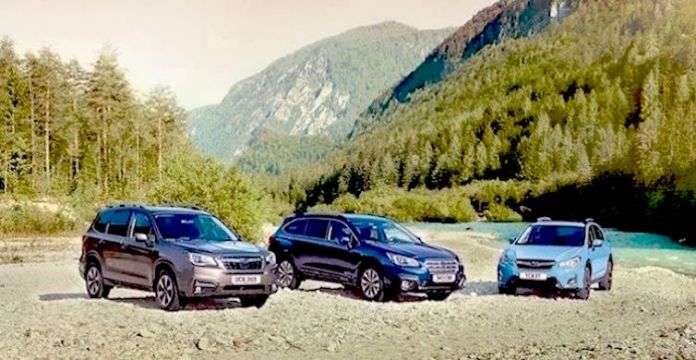 Is it better for urban SUV and crossover buyers to buy a new 2018 Subaru Outback, Forester, Crosstrek or used?
Advertisement

What does it mean for urban consumers?

The annual ALG Residual Value Awards honor the vehicles and brands (Subaru wins here too) that are expected to retain the highest percentage of their original price after a conventional three-year period. It’s better for urban SUV and crossover buyers to buy a new 2018 Subaru Outback, Forester and Crosstrek than it is to buy used.

These latest ALG accolades for Subaru, being named Top Mainstream Brand, tells consumers, that all Subaru vehicles retain their value better than other automakers. Subaru’s overall vehicle lineup will incur less depreciation than any other mainstream-brand's cars.

So if you are considering buying a 2015-2017 Subaru Outback, Forester or Crosstrek, it may be better to buy a new 2018 model. If you’ve tried to purchase a previously owned Crosstrek, you know this is true. The value of a used Crosstrek is just a few thousand dollars less than a new one. This is especially true if you live in the Northeast, Rocky Mountain or Pacific Northwest where the brand is popular.

Jim Nguyen, president of ALG says, “Legions of enthusiastic owners have transformed Subaru from a niche alternative brand to the envy of the automotive industry, boasting sales increases that continue to fall short of ever growing demand. The result is high transaction prices, low incentives and residual values that top the competition.”

Subaru’s stable of all-wheel-drive vehicles have been popular with loyal owners for decades in these areas. Now they are gaining popularity with a new-generation of urban-adventurers who use the vehicles for weekend excursions to the mountains for hiking, biking, fishing, camping and skiing. The 2018 Subaru Outback, Forester and Crosstrek’s go-anywhere attitude, versatility and fuel mileage is what's keeping these vehicle’s value particularly high when it comes time to sell.

LG's New EV Battery Plant Is a Welcome News for Tesla
Tesla Giga Berlin's New Hurdle: It's Not Only the Gov't, but Now Tesla Itself
END_OF_DOCUMENT_TOKEN_TO_BE_REPLACED