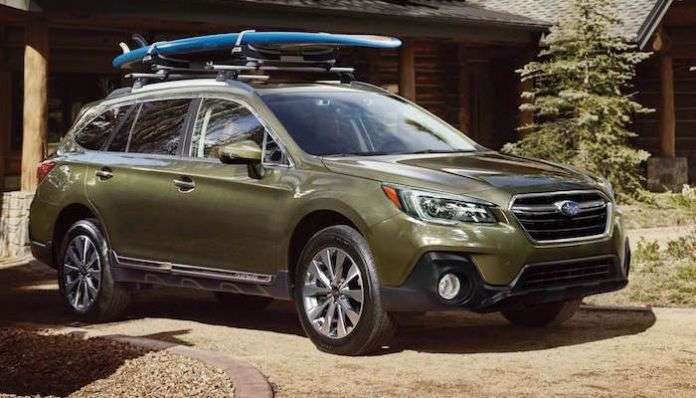 The annual ALG Residual Value Awards recognize automakers' outstanding achievements for 2018 model year vehicles that are predicted to retain the highest percentage of their original price after a four-year period for mainstream brands. Awards are given in 27 vehicle categories as well as for the two brands with the highest overall predicted residual values among all mainstream and premium vehicles. Land Rover takes the Premium Brand award.

The Subaru Outback is leading the lineup in sales and its the most popular wagon in America, and offers what few wagons can. It has superior on-and-off road manners, utility, and a comfortable, roomy interior. ALG says, “The quintessential Subaru earns its fourth consecutive Residual Value Award for delivering exactly what discerning customers demand among Midsize Utility 2nd Row Seating segment vehicles."

The Subaru Forester has been a favorite in the small SUV segment and leads with its legendary all-wheel-drive capability, high efficiency, safety and cargo-carrying ability. ALG says, “The Compact Utility segment is red hot and the Subaru Forester is leading the pack in terms of residual value forecasts taking home the ALG Residual Value Award for 2018.”

The Subaru Crosstrek is the newest small crossover added to the lineup in 2012 and it becoming a favorite with adventure seekers. It offers up standard all-wheel-drive, rugged off-pavement capability and sporty styling. ALG says, “Crosstrek has proven to be the latest in a long line of Residual Value Award winning vehicles in the Subaru portfolio and checks all the boxes for discerning and value conscious consumers in the booming Subcompact Utility segment.

In the super-competitive Compact segment, Subaru’s Impreza sets itself apart with sedan and 5-Door hatch variants with standard all-wheel-drive, and impressive safety ratings from IIHS. ALG says, “Combined with the brands legendary durability, the legacy of the Impreza has earned its place at the top of its class, winning the Residual Value Award.”

Subaru WRX is an iconic model in the lineup that has a reputation among performance enthusiasts for its outstanding turbo-charged boxer engine. The Subaru WRX continues to stand out with consumers looking for the perfect blend of performance, value and safety. ALG says, “With the support of the Subaru brand and a proven legacy of high performance, the WRX has been awarded the ALG Residual Value Award for each of the four years it has been available as a stand alone model.”

Claude Ziner wrote on December 1, 2017 - 9:30pm Permalink
We love our Subaru Outbacks. We are on our sixth 2001 through 2013. The 2010 was the best, 2013 through 2017 worst. Reliability, parts and workmanship quality has fallen to alarming levels at assembly factories, parts suppliers and dealer workmanship. Subaru better put a more reliable vehicle on the road soon or continue to lose customers. What ever happened at Subaru they really made some bad choices. Subaru Outback “was a reliable vehicle.” Not any more.