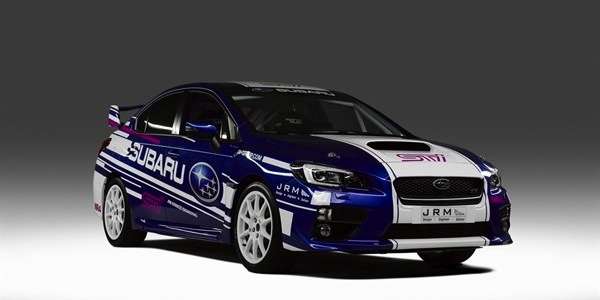 Would you spend $159K on a Subaru WRX STI to destroy it on the rally course?

To go rally racing, you will need to spend $159,000 on this 2015 new Subaru WRX STI to run in the FIA production class. That's what JRM is charging for their new rally-ready 2015 Subaru STI.

The new 2015 NR4-spec Subaru WRX STI is built by British motorsport preparation specialist JRM, and is available now for those who want go rally racing in the FIA production category.

JRM is an official base team of Subaru Tecnica International (STI) and its new 2015 challenger has been built in partnership with engineers at Subaru’s motorsport division in Japan.

JRM is in the process now of extensive testing and development to prepare it for a competitive debut that will come in an upcoming round of the FIA European Rally Championship (ERC).

Where can you race the new NR4-spec STI?

JRM has arranged a number of test days in 2015 where prospective customers can drive the new STI international specification production rally car. You can test the rally car on a dedicated test stage and run the STI through the course before deciding to buy it. The price for each test day is 3,000 British Pounds ($4764 US) +VAT and includes factory engineering support and car insurance. Test day fees are refunded if a car is purchased.