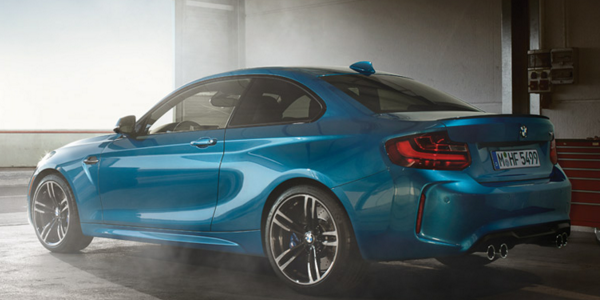 BMW has not just hit a home run, but a grand slam with the new M2 Coupe. According to Car Advice, buyers in Australia are having to wait at least 6 months for the new high-performance sports coupe. Those waits could even push deliveries to the end of the year for buyers who order the performance coupe today.

The whole world is waiting

It’s been reported that M2 buyers in Europe, may have to wait until 2017 to get their new high-end performance coupe. There are limited supplies due to the M2 sharing a production line at the Leipzig plant with other BMW models. BMW is known for ramping up production levels gradually when they introduce a new model. This could also be a reason for the long timeline.

Shawn Ticehurst told Car Advice, “The M2 is restricted to a degree with supply. We know this year we are still pushing to get more than 300 units, we know there is more market potential for it, but the whole world wants more M2s at the moment. We are constantly asking Munich for more cars.”

BMW geared the new M2 toward the large global millennial market comprising people from diverse cultures from the 24-35 age group. That’s who is ordering the sports car for the most part. Australia BMW CEO Mark Werner said “The BMW M2 will certainly help us to be present in a segment where previously we did not have a pure M offer. So the M2 will certainly help us to conquer new customers on one side and also help us on other side to substantially grow our BMW M volume.”

BMW believed that a large percentage of this target group, who have college degrees, would want the M2 and they were right. The BMW M2 also comes with new technology and it is more attractive to a younger generation than the other M models. The M2 Coupe is digitally loaded which appeals to the millennial generation and features Online Entertainment, ConnectedDrive services, Real Time Traffic information and Intelligent emergency call.

BMW hit a grand slam with the M2. Even though the majority of sales are coming from new buyers to BMW M models, existing M owners have also put their orders in. Those who waited to get their order in for a 2016 BMW M2, may have to wait until 2017 to get one.

Elon Makes a Cybertruck Statement With an Action, But Quiet in Words
Tesla's Record Month in China: Doubled Registrations in March 2021
END_OF_DOCUMENT_TOKEN_TO_BE_REPLACED