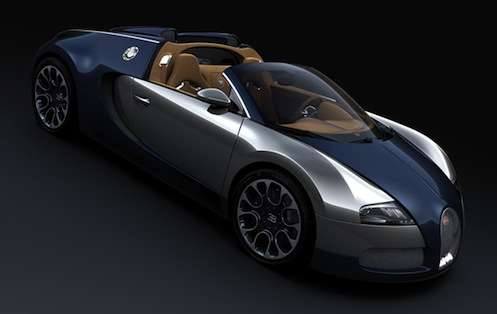 Rare Bugatti Veyron spotted in the supercar capital of the world

A one-off rare Bugatti Veyron Sang Bleu was spotted in a city that is crawling with the most expensive supercars in the world.
Advertisement

When you think of cities around the world that would be most likely to be home where you would find the rarest supercars, you might think of Dubai, New York, London, Monaco, or Los Angeles with its large concentration of movie stars. But according to Business Insider, the real supercar capital of the world is Zurich, Switzerland. And a one-off Bugatti Veyron Sang Bleu was spotted on the streets in this unlikely spot, and stands as the rarest Veyron on the planet. It shouldn’t be a surprise, because Zurich is the world’s largest financial center and a leading global city. The city is home to the largest number of financial institutions and banking giants.

Zurich, Switzerland also has a large number of research and development centers concentrated in the area. And with a low tax rate, many global companies set up their national headquarters there. According to several surveys, Zurich was named the wealthiest city in Europe. So with all this wealth, it seems many of the super rich in Zurich invest their money in the most expensive supercars on the planet. Business Insider had one local resident, Daniel Stocker, take a camera and catalog the supercars he sees on a daily basis in the Swiss city. He was able to see 27 supercars as he drove around Zurich in one day.

Keep in mind that this was one local resident taking a ride around the Swiss city on an average day. Most of these cars were parked along city streets and not hidden in some isolated garage. Stocker was able to see all of these cars in his drive around Zurich on a typical day. There is a good reason why moms what their boys to grow up to be investment bankers and not cowboys. So they can buy a one-of-a-kind Veyron Sang Bleu.