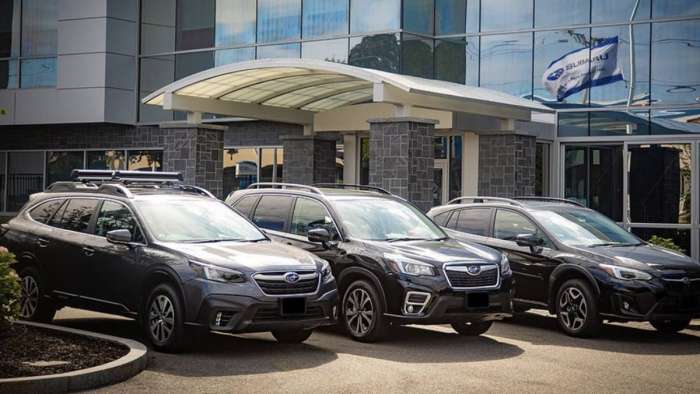 Subaru reveals its plan and what's next for the new 2022 Forester, Outback, Crosstrek, and Ascent models.
Advertisement

The AN report says Nakamura "pledged to stay with gasoline powertrains until they fade from the market completely." The CEO stated that Subaru's unique Boxer engine offers fuel-saving capabilities, like direct-injection and lean burning technology. He says Subaru will continue to keep fine-tuning the Boxer engine's internal combustion technology until it goes away. 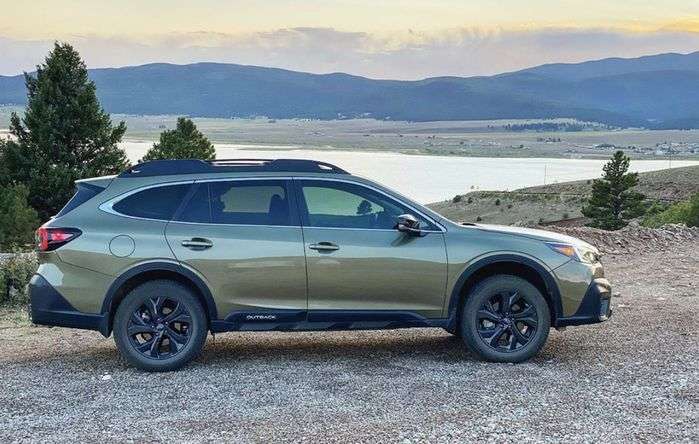 Subaru has moved towards smaller turbocharged engines and uses its new 2.4-liter turbocharged engine in the all-new Ascent family hauler and newly-remodeled Outback and Legacy models. The Japan market Levorg features a new 1.8-liter direct-injection turbocharged Boxer engine. With its new fuel-efficient engine, Nakamura said there would be no need for a Levorg hybrid version, even in hybrid-loving Japan.

Subaru is developing a new all-electric SUV with Toyota that will be about the same size as the Forester. Subaru should bring the new all-electric model by the end of 2022. Subaru will plan to have 40 percent of its global sales from "electrified" vehicles by 2030. Those electrified models will be a mix of hybrid, plug-in hybrid, and all-electric for customers. 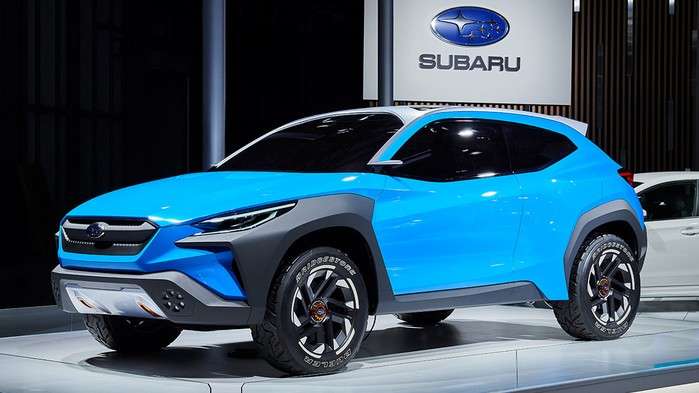 "If environmental regulations continue to strengthen further as we see now, I think there will come a time when internal combustion engines will be phased out," Nakamura said. "But this area is Subaru's core. So we are committed to surviving [in this area] for as long as we can."

Subaru of America CEO Tom Doll also said recently, "We will be introducing an all-electric SUV in a couple of years through our partnership with Toyota. We have to provide that type of vehicle because the way the fuel economy and government CAFE (Corporate Average Fuel Economy) requirements are, we need to have our lineup of electrified vehicles that are coming through the mid-2025 to 2030 models."

Customers will see a hybrid and plug-in hybrid Subaru Forester, Outback, and Ascent SUVs sometime between 2025-2030 time frame. Until then, Subaru will continue to "fine-tune" its lean-burn turbocharged Boxer engines in its models.

Edie Kudlik wrote on October 19, 2020 - 8:21pm Permalink
We bought a new right out of the showroom 2017 subaru outback have had the battery changed twice and they still did not fix the problem very disappointed in this they told us we would have to pay for a diagnostic test which is ridiculous as they did not fix problem in first time very unsatisfied and if they put another battery in we have to pay for it yourself why would we get another battery when they don't want to fix the problem
Hannah Brown wrote on October 20, 2020 - 12:44am Permalink
Agree, same story as us... disappointing. Then having to mess with and reset the passenger window, obnoxious.
Chris zeien wrote on October 20, 2020 - 6:06am Permalink
What's the issue, starting? I have a 2016 forester xt that had starting issue. It was the starter signal cable had a bad connection. Subaru didnt find it until they replaced my entire wiring harness but you dont have to do that.
Tim H wrote on October 20, 2020 - 12:13pm Permalink
Does your car have eyesight? We had same issues with our Foester XT that has eyesight, a friend who works at a shop that services Subaru and Toyota told me that the issue is they use the same battery for the eyesight vehicles as the non eyesight and the battery is too small amp wise to handle the extra electronics. But the dealer will sell you same battery and issue will keep happening. He told me to get a more heavy duty battery from Auto Zone and never had an issue again
Elle wrote on October 20, 2020 - 4:16pm Permalink
It's probably not your car, but the problem is your battery. The Subaru battery is junk. Mine went out after 1 year and the second did the same. They did not give me a new battery, do after the 2nd one went bad, I went to Auto Zone and bought the best battery they had for my car, also a 2017 outback. I gave the guy 10 bucks and he also tested my charging system, and that was fine. So far, no more battery problems. Just knuckle under and buy a new battery, NOT from Subaru, and you'll be fine. Good luck
XTman wrote on October 20, 2020 - 3:02am Permalink
Next year, the mandatory European average air pollution per car, for every car maker, is set at 95 grams CO2 per km, which is equal to 0.34 lbs./mile. This translates to an average of 57.34 miles per US gallon. Currently, Subaru's best comes from the 2.0 liters 2021 Impreza: at 36 MPG, while the Legacy and Outback best is about 34 and 33 MPG, respectively. Some light hybrids may get slightly better mileage. Without many more hybrids and all-electric vehicles Subaru can't comply. It would have to pay penalties, buy gas credits, or pull sales out of Europe. Europe is a relatively minor market for Subaru. Nevertheless, California, Washington, Colorado and the new England states are not. This is Subaru main market. By 2035 only zero-polluting vehicles would be sold in California and some other states. If Subaru is not aggressively pursuing the all-electric option (hybrids won't do) a major market for Mr. Nakamura well improved and polished, "lean burning" boxer engines would be: under-developed countries and cars-museums all over the world.
Linda Fowler wrote on October 20, 2020 - 8:57am Permalink
There needs to be new colors for subarus.
Vyoma wrote on October 21, 2020 - 12:14am Permalink
There are few things Subaru does it right. The symmetrical AWD, Internal space and driving views, and safety systems. But I started liking Mazda over Subarus. Mazda fails in seat adjustments, and space management. CX5 tad bit smaller than Forester. Subaru AWD platform, space, and rest Mazda design is the right winning combo. The engine specs must beat RAV4 PHEV, at not more than 40k max with all bells and whistles. Can they do it! Impossible. I want a manual shift uo8to 4th gear with clutch and CVT from 5th onwards for a 100 mpg plug-in
Jonathan Clark wrote on October 27, 2020 - 11:10pm Permalink
Battery replacement at less than 2 years for 2018 Outback.