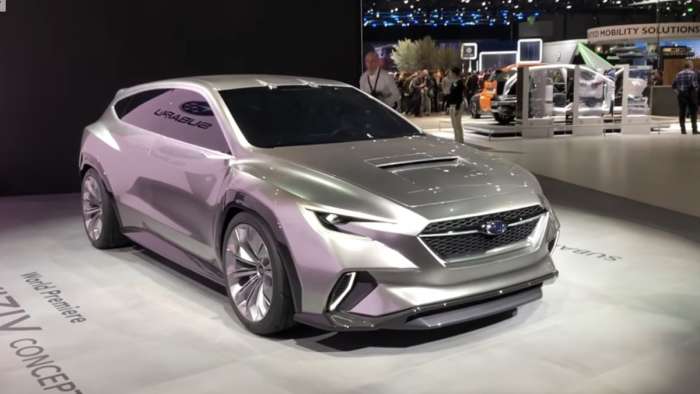 Subaru boss says the new all-electric model won’t be coming next year. See why the new EV will not be called Evoltis as some reports say.
Advertisement

Recent reports say the new Subaru all-electric SUV will be coming next year and will be called “Evoltis”, but both reports are likely false. Motor Image Subaru is launching a rebadged Ascent 3-Row SUV in the Philippines and named the family hauler Evoltis. First, check out a recent interview with Subaru of America President and CEO Tom Doll to find out when the EV is coming.

In an interview with Cheddar, Tom Doll talked about pledging to provide 50 million meals through its partnership with "Feeding America" as economic hardships threaten food security for many. Torque News continually looks for new information on current and future models and live interviews sometimes reveal interesting things. 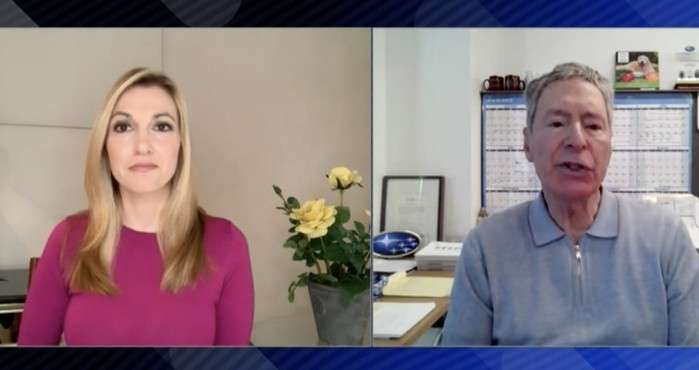 Reports say Subaru will bring the new all-electric SUV next year, but Subaru boss Tom Doll says it’s still two years away. Cheddar asked Tom Doll, “Is any truth to rumors that there is an electric SUV coming next year with its partnership with Toyota?

Doll says, “We will be introducing an SUV in a couple of years through our partnership with Toyota. I can’t really speak too much about the details about it but needless to say, it’s going to be a great electric vehicle for us and will be our first fully-electric vehicle and we have a Crosstrek hybrid model now in our car line that sells pretty well.” 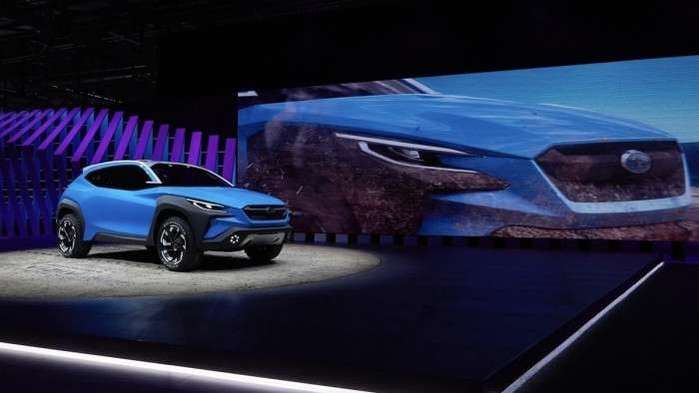 Doll goes on to say, “We have to provide that type of vehicle because the way the fuel economy and government CAFE requirements are, we need to have our lineup of full-electric vehicles that are coming through the mid-2025 to 2030 models. Doll says for a second time, “But we are very excited about this new SUV that’s coming in a couple of years.”

The coronavirus epidemic will likely slow the development of the new Subaru all-electric vehicles as automakers are trying to figure out how to reopen plants safely for workers. This could push back the launch date of the new model.

Other reports say Subaru will name the new Subaru EV SUV the “Evoltis” when it arrives. But this may not be accurate. Torque News reported in January, Motor Image Subaru is launching a 3-Row family vehicle in the Philippines and named it “Evoltis.” The new family hauler is a rebadged Subaru Ascent SUV that is sold in North America.

Why would Subaru call its new 3-Row SUV (Ascent) “Evoltis” in the Philippines and then launch its first-ever new electric model with the same name? It doesn’t make sense. This vehicle will be a historic vehicle and the Japanese automaker will come up with an all-new name for its first-ever all-electric model. Stay tuned.

You Might Also Like: 7 Things You Need To Know About Subaru Before You Even Consider Buying One