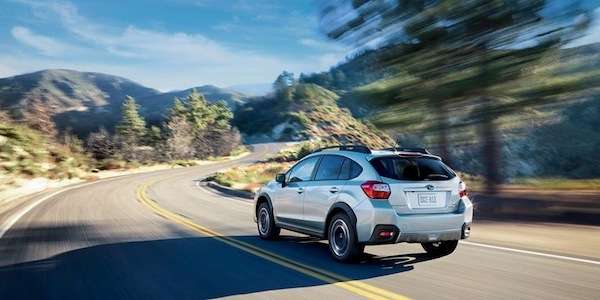 It’s no accident that Subaru builds the safest cars on the road, it’s because safety is a core value for the brand. Now the 2015 Subaru XV Crosstrek and 2015 Impreza join their stables mates and have received the top rating of Advanced Safety Vehicle-Plus (ASV+) in the Japan New Car Assessment Program (JNCAP).

Safety is a core value for Subaru

Fuji Heavy Industries Ltd. (FHI) maker of Subaru automobiles is committed to building the safest vehicles and have done so for decades. Similar to the Insurance Institute for Highway Safety in the U.S., Japan’s JNCAP preventive safety performance assessment tests all JDM vehicles to see how safe they are.

While other automakers hope they get a good rating, Subaru expects to get the highest safety ratings with all their new models. It’s nothing new for Subaru who has been independently testing their vehicles since the 1960s before any formal safety assessment systems existed.

XV and Impreza join their stablemates

Now the new Subaru XV crossover and Impreza compact are the latest models to join Subaru's lineup of the top rated ASV+ designated vehicles. The JNCAP involves testing two systems, the Autonomous Emergency Braking System (AEBS) and the Lane Departure Warning System (LDWS). The maximum number of rating points is 40. Both the Subaru XV and Impreza achieved ASV+ ratings with the highest possible score of 40 points.

All Subaru vehicles get top rating

A new platform is coming

FHI is already developing a new platform that will be introduced in 2016 models that will be safer yet. Yasuyuki Yoshinaga, president of Subaru maker Fuji Heavy Industries said recently, “Right now, Subaru models get top safety marks from the Insurance Institute for Highway Safety, including Top Safety Pick+, and we want to maintain that world-class safety leadership with this new platform.”

2015 Subaru XV Crosstrek and 2015 Impreza join their stablemates and have now received the top rating of Advanced Safety Vehicle-Plus (ASV+) in the Japan New Car Assessment Program. Will Subaru’s 2016 models with a new platform be even safer? Stay tuned.