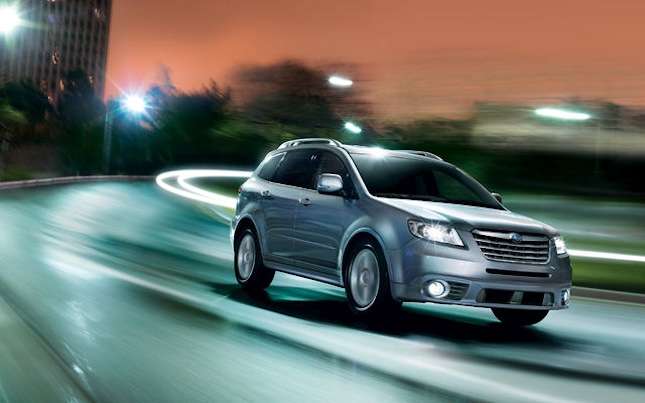 Subaru is working on a new seven-seat SUV/crossover to replace the Tribeca that could arrive within three years.
Advertisement

An all-new seven-seat Subaru SUV/crossover is reported to be in development by the Japanese automaker. Automotive News is reporting it would replace the slow-selling Tribeca. The Tribeca has never really caught on here in the U.S. or anywhere else around the globe. It’s not sold in Japan for obvious reasons due to its size, but is sold in Australia, Europe, Chile, Argentina, China, and parts of Southeast Asia.

Fuji Heavy Industries who is the parent company of Subaru, tried to enter the mid-size SUV market and introduced the B9 Tribeca in North American markets in 2005 for the 2006 model year. It was inspired by the B9X concept car which was unveiled in January 2005 at the Detroit Auto Show. "Tribeca" derives its name from the TriBeCa neighborhood of New York City.

It’s a vibrant New York City neighborhood with features distinctive boutiques, galleries, and restaurants, where young artists work and cutting-edge trends are created that attract worldwide attention. Its name is an abbreviation of Triangle Below Canal Street (a triangle-shaped area south of Canal Street and north of Wall Street in Manhattan). But the Tribeca never caught on like the NYC neighborhood.

Subaru wanted to attach itself to an already successful New York community with its progressive style, art, and culture. They would try to position itself within the U.S. market with the new SUV. “We feel that the name Subaru B9 Tribeca has a greater resonance in the North American marketplace and will more effectively position the car when it is launched early next (Northern) summer,' said Mr Kyoji Takenaka, President and CEO of FHI back in 2005.

It looks like Subaru will finally do away with the slow-selling Tribeca but still remain in the competitive mid-size SUV segment with an all-new model. According to Automotive News, the new seven-seat SUV/crossover will be completely new and could go on sale within the next three years. Stay tuned to Torque News for all the latest Subaru news.