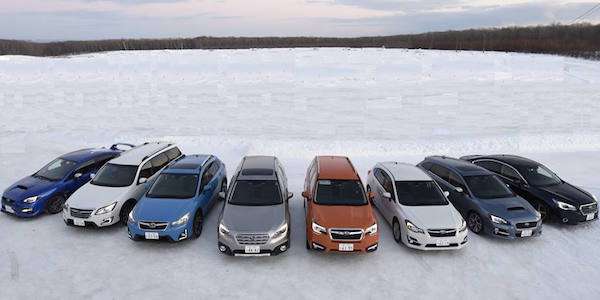 Consumer Reports says the Subaru brand is #2 among 30 automakers for making the best cars. Who is number one?
Advertisement

It’s the Germans and the Japanese that have the best-made cars in the world according to Consumer Reports. When it comes to making the best cars, Consumer Reports (CR) says Audi and Subaru are the best out of 30 global brands. Both scored 100 percent of their lineup for cars that are recommended by CR. That’s a pretty high ranking as they beat out top brands like Toyota, Honda, Ford, Lexus, Mercedes-Benz and BMW.

What does CR say about Subaru and Audi?

They say both brands ranked highest on their Report Card for their entire lineup. It’s a pretty sound endorsement from Consumer Reports who says both Audi and Subaru get a 100 percent rating for their entire lineup of vehicles. They said the two brands have a better than average predicted reliability rating and had high road test scores among the 30 global brands. There are other factors that contribute to the high rating.

How they come up with the Report Card

CR says brands need to consistently deliver vehicles that serve consumers well and also had to score high in their road-tests and predicted reliability results for every model in a brand’s lineup. Toyota scored low in the road tests even though they are high in reliability and thus they were only ranked number eight on the list. CR says, Mercedes-Benz’s strong road tests were offset by below par reliability. Honda, Nissan, and Chrysler suffered due to problematic new transmissions.

Who’s the best and worst?

Here’s the top ten “Brands with Best Made Vehicles” list from CR and their Report Card. Audi 80, Subaru 78, Lexus 76, Porsche 76, BMW 76, Mazda 74, Buick 74, Toyota 72, Kia 72 and Honda 71. Who were the worst automakers according to CR? Chrysler, Land Rover, Mitsubishi, Jeep and Fiat all scored zero percent of their car’s lineup to be recommended because of their low test scores in all areas. For the complete report card you can go here.

Favorable report cards like the one from CR aren't the first for the small Japanese automaker. Subaru has received multiple awards for safety, residual value and best mainstream brand from many independent sources in the last few years. Their multi-purpose all-wheel-drive lineup of the 2016 Forester SUV, Outback wagon and Crosstrek crossover are leading the way.

Toyota's First EV Will Have a Name of BZ: Toyota BZ
First Videos From Inside The Boring Company's Las Vegas Loop
END_OF_DOCUMENT_TOKEN_TO_BE_REPLACED