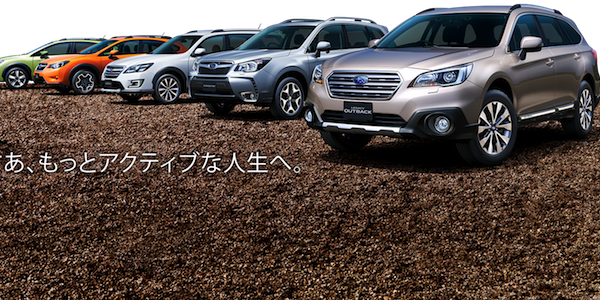 Subaru has five models, the 2015 Outback, Forester, WRX, Legacy, and Levorg that have achieved JNCAP’s top safety rating. Why is Subaru rated so high?
Advertisement

All five Subaru vehicles earned the maximum five star overall rating in the 2014-2015 JNCAP crash safety evaluation tests conducted by the Ministry of Land, Infrastructure, Transport and Tourism (MLIT) and the National Agency for Automotive Safety and Victim’s Aid (NASVA) in Japan.

Safety has always been a top priority for Subaru, and they first introduced EyeSight technology in 2012. Since its release, Subaru has received international acclaim from the...read more

When Nobuhiko Murakami, Corporate Senior Vice President Fuji Heavy Industries (FHI), unveiled the new European Levorg sports tourer last month, he made an interesting statement to the press. He said, “We aim to become the number-one brand for overall safety.”

EyeSight could be a game-changer

Subaru’s new EyeSight safety system could be an auto-industry game changer. This is due to the system moving from keeping occupants safe, to crash avoidance. Business Insider said, “That's big, and here's why: If enough automakers succeed at designing cars that can successfully, and autonomously, avoid a collision, accident rates will fall, and eventually so will insurance premiums.”

Look for Subaru to continue to enhance its primary, active, passive, and pre-crash safety technologies under its “all-around safety” principle. The 2015 Subaru Outback, Forester, WRX, Legacy, and Levorg have achieved JNCAP’s top safety rating. It doesn’t look like Subaru will stop advancing their safety systems and will become the overall safety leader around the globe.