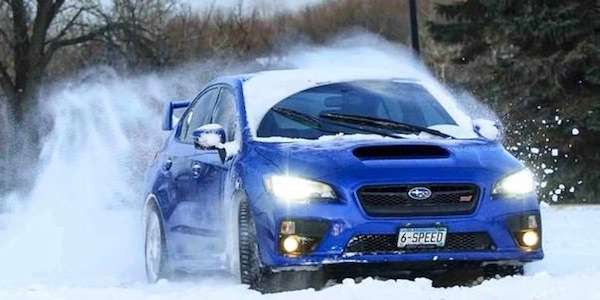 The 2016 Subaru WRX and WRX STI hold their value better than any other sports car. It’s not the first time for WRX/STI.
Advertisement

For the 5th time in eight years, ALG has given top honors to the 2016 Subaru WRX and WRX STI performance sedans. They’ve both been given the Best Sports Car Residual Value Award for 2016. According to ALG Canada, WRX and WRX STI are predicted to retain the highest percentage of their original price better than any other vehicles in the segment. It’s a running tradition for WRX/STI.

WRX/STI sales are hot in Canada

The 2016 Subaru WRX/STI are selling at a record clip up north. Subaru Canada reported record sales for the performance sedans in January with an impressive 53.3 percent increase over the previous year. The WRX/STI performance lineup had their best January ever. Both WRX and STI helped Subaru Canada achieve their highest January sales on record.

Subaru also received the Best Mainstream Brand award with all their vehicles predicted to retain the highest percentage of their original price after a four-year period for the second consecutive year. Along with WRX/STI, the 2016 Outback and 2016 Crosstrek also received 2016 ALG Canadian Residual Value segment awards as Midsize Utility (2 row) with the Outback and Compact Car with the Crosstrek.

Geoff Helby, Canada Regional Director for ALG says it’s the 2016 Subaru WRX and WRX STI’s long history of performance that keeps the sports cars’s value high. “Subaru’s strong brand perception and long-standing reputation as one of the leaders in turbo-charged performance vehicles has positioned the WRX/STI as the best choice for consumers looking for the perfect blend of performance and safety.” Helby went on to say, “For a new generation of performance enthusiasts, nothing compares to the raw power and gripping all-wheel-drive of the Subaru WRX.”