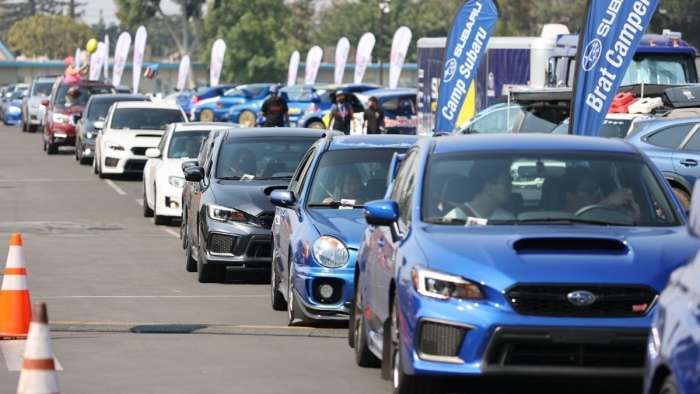 At Subiefest, Subaru broke a Guinness world record for the largest parade of one brand's cars. See how many Subaru fans showed up to make it happen.
Advertisement

At Subiefest, one of Subaru fans' largest gatherings of WRX, WRX STI, Forester, Outback, and Crosstrek models, Subaru of America just broke a Guinness world record for the largest parade of Subaru cars. Subaru announced on its social media pages, with "We did it!." On Sunday, October 4, 2020, in Costa Mesa, California, 1,751 Subaru cars helped break the record formerly held in Russia. 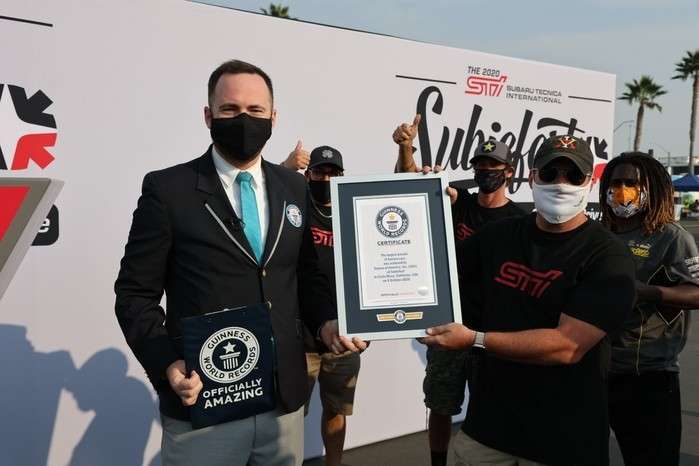 Subaru of America wanted to bring the record back to U.S. soil where it belongs. Subaru has more fans in North America and sells the most cars (60 percent) anywhere in the world.

Who held the record before? It happened in Russia at SubaFest in August 2015, where they set a record with a parade of 549 Subaru vehicles. Russian Subaru owners surpassed the previous American record set on July 13, 2013, with 371 cars. The new world record of 1,751 Subaru cars will be hard to beat. 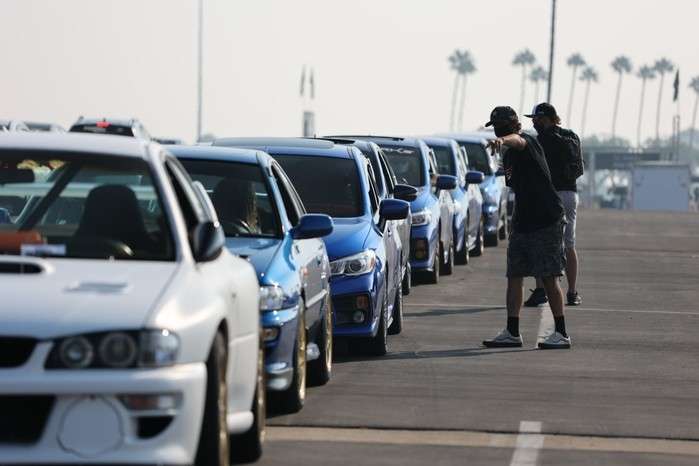 Subaru used the Orange County Fair and Event Center parking lots to stage the event. Subaru registered cars in one-hour time slots to avoid a massive traffic jam and limited the caravan to 200 vehicles per hour. It took a considerable effort from all involved to pull it off.

Subaru also announced at the event, the 2022 Subaru BRZ would make its global premiere this fall. Subaru of America had a camouflaged prototype sitting behind a curtain for Subiefest attendees to view the next-generation sports coupe.

Reports say the new 2022 Subaru BRZ will get a new 2.4-liter non-turbocharged Boxer engine producing 217 horsepower and 177 lb-ft of torque. The rear-drive BRZ sports coupe should start production in Spring 2021 and arrive next summer.

hw wrote on October 7, 2020 - 10:03am Permalink
For all of Subaru's claims to help the environment, this is going backwards by having this parade of cars running at an inefficient slow speed burning more gasoline, at a fundraiser.
Michael dwyer wrote on October 7, 2020 - 11:46pm Permalink
Hey my Subaru owner's n fans I am in Jamaica have been driving n owning Subaru since 1989 July make it 31 great years I work on them too every area of these great car my promise is to drive only Subaru cars in my driving life am very proud n happy to get this news