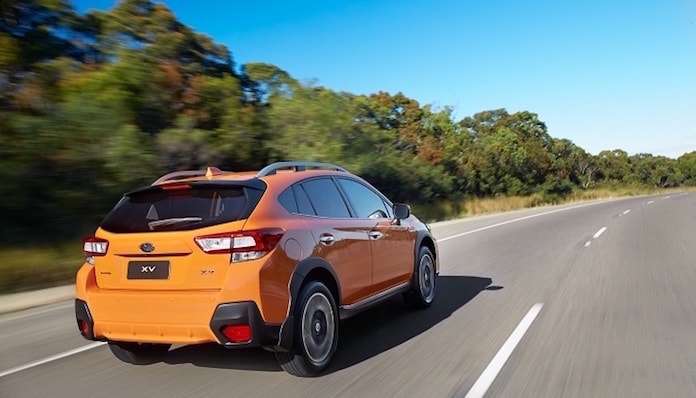 Subaru’s new Global Platform is getting rave reviews around the world. The 2018 Crosstrek and Impreza get more global raves.
Advertisement

The all-new 2018 Subaru Crosstrek is a top pick for city commuters around the world. It just picked up another global award from The Bulletin down under in Australia this past week. In their Best Cars of 2017 awards, they picked the new Crosstrek and say it’s the best of the baby SUVs. In the City SUV category, they said Crosstrek (XV in Australian markets), “Does everything you expect from a Subaru and a car to happily recommend to friends.” The new Crosstrek beats the Mazda CX3 and South Korean newbie Hyundai Kona.

The new Subaru Crosstrek benefits from getting the new Subaru Global Platform (SGP) that helps improve ride quality, reduces cabin noise and gives it even more occupant safety in the event of a crash. Subaru engineers increased the use of higher strength steel to pull off the improvements. It also gets the newest version of Subaru’s EyeSight driver assist system for improved crash-avoidance.

The new Impreza came close to winning an award this week from the Detroit Free Press. Impreza came in second place in their Car of the Year awards to the Honda Accord. They also praised the Subaru compact car for the new SGP underpinning the new-generation sedan and 5-Door hatch models. They said, “The Impreza uses Subaru’s global platform, a set of parts and systems that underpins a wide range of vehicles. That clever engineering is the secret to offering all-wheel-drive for $18,495.”

It’s interesting the Aussie-based Bulletin puts Crosstrek in the City SUV category, because the all-new 2018 Crosstrek is even more off-road capable than the first-generation model that first arrived in 2012. The newly-updated second-generation crossover gets X-Mode on certain models and it gives the all-wheel-drive vehicle even more “go-anywhere” attitude.

We drove the 2018 Crosstrek this summer at a media event in Denver, Colorado and found it even more capable when it comes to navigating steep mountain inclines and slippery roads with mud, and in extreme low-friction environments. While most buyers won’t take their vehicles off-road, Todd Hill, Subaru’s Car Line Planning Manager, says, 33 percent of Crosstrek owners will use it for off-pavement recreation. Crosstrek also comes with 8.7-inches of ground clearance which no competitor exceeds.

So even though the all-new 2018 Subaru Crosstrek exceeds expectations when it comes to commuting and navigating city streets, Crosstrek wins the Best Cars of 2017 City SUV award, but the compact SUV excels when it comes to getting you away from civilization.