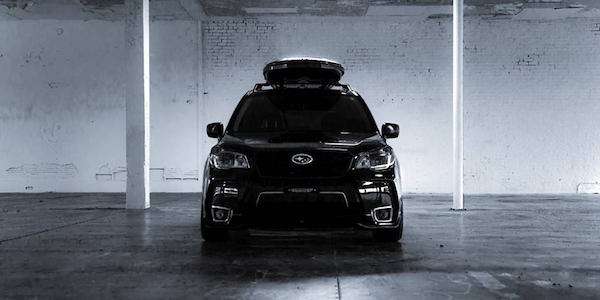 Subaru is building Russia a new 2017 Forester S Limited model. It gets the 2.0XT looks without the extra price tag.
Advertisement

The Forester SUV is Subaru’s number one selling vehicle in Russia and they get a special model not sold anywhere else around the globe. It gets the Forester 2.0XT looks, but not the XT’s power or price tag. Subaru Motor, the official distributor of Subaru vehicles in Russia and Belarus, announced the new sports model, 2017 Forester S Limited. It comes powered by a two-liter boxer engine and gets a unique sports package to set it apart.

It comes with options that were previously only available on the performance-oriented Forester 2.0XT powered by a 241hp turbocharged 2.0-liter boxer. Forester S Limited is a sportier model for driving enthusiasts in Russia who want the look but at a much lower price.

2.0XT looks without the extra price but much less power

Other standard features include heated electric-folding side mirrors, a silver roof, and S-Limited badging on the outside and S Limited logo on the floor mats. The 2017 Subaru Forester S Limited starts at 2,009,900 rubles ($35,130 USD). It gets the looks of the Forester 2.0XT, just not the extra 91hp and additional $10,000 price tag. It’s only being built by Subaru for Russian consumers.